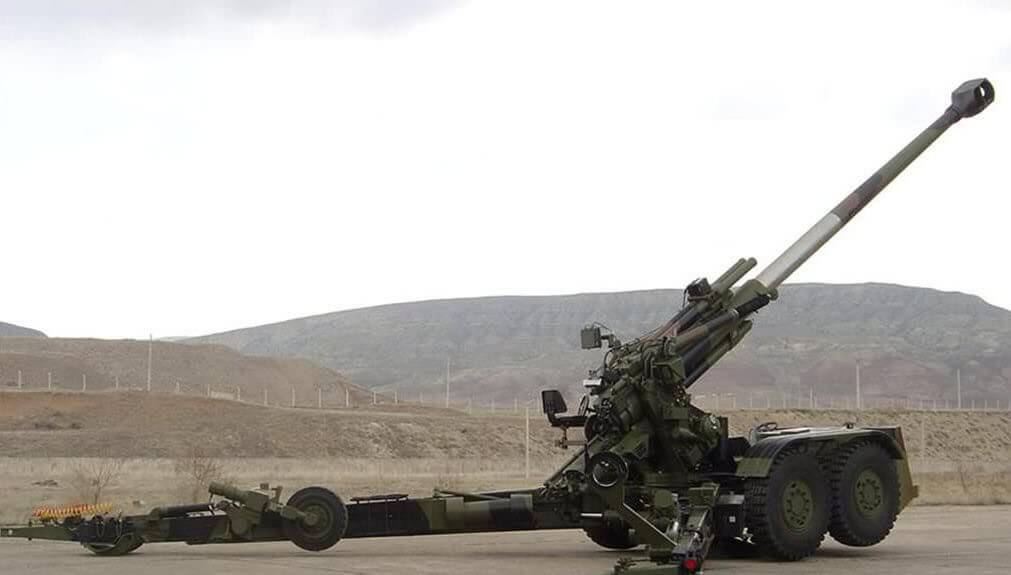 The Indian Army has taken delivery of two M777 Ultra-Light Howitzers(ULH), These two will be used for trials to prepare them for installation. The two guns that arrived in New Delhi from the United States it is officially confirmed. These were the new pieces of cannon came to join the army after a long gap of three decades. India last drafted the Swedish Bofors guns in the time of 1980’s, this deal was taken up by the major discussion and stalled the Army artillery modernisation program. How those Bofors guns helped to win the Kargil that struggle a lot for India, and it still continues to be Army’s mainstay.

The M777 is the 155mm, caliber towed artillery gun the is made up of titanium and aluminum alloys, and it weighted of 4 tons, and the permits to transport under the slung by helicopter.

On November 2016, India has signed the Letter of Acceptance(LoA) with the government of US under the Foreign Military Sales(FMS) program for 145 BAE System, and it built with M777A2 artillery guns in a deal that worth of $737 million.

As a part of the agreement, Those two guns has to deliver within six months for calibration, and the preparing range table designed by the Indian Army.

“The guns have yearlong trials ahead of them. They will first go to the Pokhran ranges,”- Senior officer in Hindu

The another officer he explained about the range table that is required when it is integrating local resources that are used by the Army with the gun and calibrating it facing a whole lot of variables like weather and temperature.

The BAE Systems Spokesperson said that these weapons have landed in India’s victory is scheduled.

As per the contract, deliveries of the Guns will begin 21 months after the initial payment which, that the defense officials said, would be taken about of five weeks from the signing of the LoA. From the 145 guns, 25 will be imported, and the remaining will assembled in India in partnership with the Mahindra group.

After three decades, the Amry’s artillery modernisation is now finally on track. While the M777 is in the implementation stage, the Dhanush guns, the updated version of the Bofors ones, are in the final stage of trials, and installation will begin very soon.