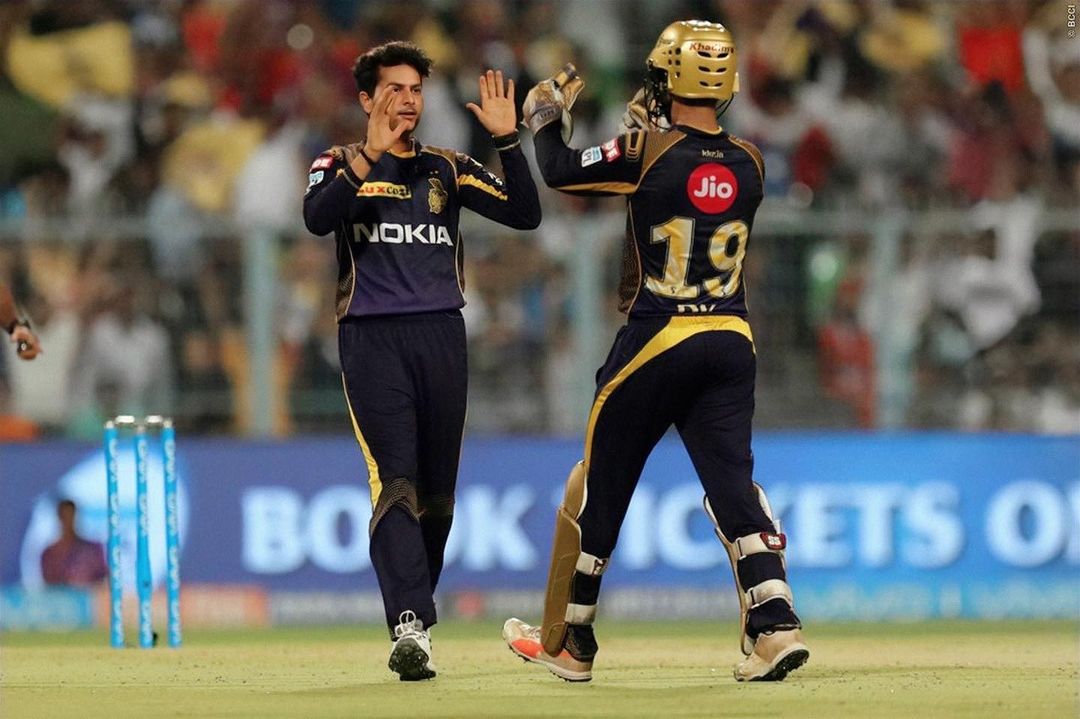 South paws have succeeded in cricket more than failed. When Kuldeep Yadav came onto the scene in 2016 as a left-arm Chinaman he was welcomed. The breed is indeed rare, and Kuldeep had made it to the IPL in 2012.

Any newcomer becomes a net bowler, and Kuldeep surprised the MI batsmen, including Sachin, with his variations.

Unfortunately, he warned the benches for two years till 2014.

He was transferred to KKR and warmed the benches here, too, till 2016. He played in 3 matches, scalping six opposition wickets.

He was chosen to play for India in 2017, and his performances were a mixed bag.

KKR retained him in the 2018 auction for a hefty sum of 5.8 Crores. Kuldeep responded with a four for twenty in an RR match.

By that time, Kuldeep was known as a master of variations! He could bowl six varying deliveries, and he troubled everyone facing him. He also bagged two hat-tricks against Australia and the West Indies playing for India. At that time, he used to be one of the hottest picks in fantasy cricket apps and people used to make him skipper in their Dream11 Predictions. But a sudden dip in his form turned the tides against him.

From 2020, the pandemic put a halt to international cricket, and Kuldeep played only in 5 matches in the UAE IPL edition. He was ignored then picked up for the series against the visiting English. He performed no miracles, and the IPL dawned in India in April 2021. Kuldeep was rested more in this tournament which has now been unfortunately suspended.

With KKR not dependent on him anymore, Kuldeep should be expecting a release from them and play for some other franchise in the 2022 edition.

Here are four teams that may pick him up in the auction.

CSK have performed well in 2021 after the disaster in the UAE edition. They are an aging team, but Moeen Ali and Jadeja have performed exceptionally well with both bat and bowl. CSK would be looking for a spinner and a younger one at that.

The Chinaman is bound to learn a lot under MS. Dhoni. And Imran Tahir may not be on the team next year. Kuldeep does have more than a chance with CSK next year.

RCB has beefed up their batting and fast bowling attack. They are a team now which can overthrow any opposition, and they were proving just that before the suspension of the IPL this year.
The spin attack is below par with only Chahal, orthodox, and Washington Sunder, who can bowl to keep the runs under control.

Kuldeep Yadav would fit in perfectly and play under Kohli. The gut feeling is that Kuldeep is the very bowler that RCB is looking for.

The Royals are one team that can play like masters one day and timid on the next. Their spin department has Tewatia, Parag, who are 20-20 bowlers and not orthodox. The pace battery is well set, and Kuldeep can snuggle in comfortably for RR.

For PBKS, Batting is not an issue. Bowling is. The fast bowlers are doing their job, but the spin department is nothing less than a tragedy. They have Deepak Hooda, who cannot perform consistently perform. After all, he is a batting all-rounder!

Kuldeep Yadav can expect his call from here more than from any other franchise.

SRH, MI and DC have spinners who are excellent. Kuldeep should be surprised if someone calls from here. If he joins one of them, his matches would be limited.