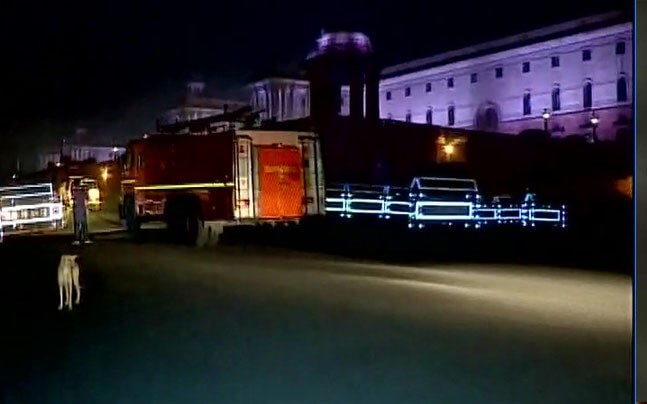 Fire Broke out at PMO: A minor fire broke out at Prime Minister Narendra Modi’s Office in the early hours of Tuesday. Fire engines rushed to the spot immediately and doused the fire in few minutes. According to Delhi Fire Service, the call was made around 3:30 a.m. informing them of the fire in room number 242 on the second floor of the PMO in the Secretariat building. The police said that the cause of the fire hasn’t been ascertained yet and the probe is underway. The Police officials told that situation is now under control and no one was injured in the incident. A fire official told that,

“A total of 10 fire tenders were rushed to the spot and the fire was doused in 20 minutes,”

Divisional Fire Officer Gurmukh Singh told that the fire broke out due to a spark in a UPS used for a computer belonged to a section’s officer inside the PM office.