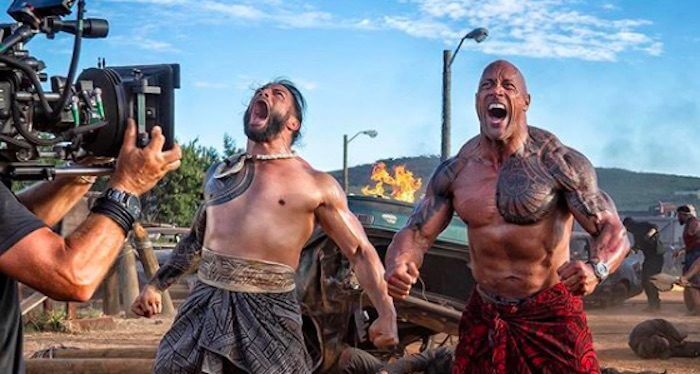 Hobbs & Shaw is a much aniticipated upcoming American action film directed by David Leitch. Produced by Neal H. Moritz and Hiram Garcia, the film features Dwayne Johnson aka The Rock and Jason Statham, along with Roman Reigns, Idris Elba, Vanessa Kirby, Eiza Gonzalez, Eddie Marsan, Cliff Curtis and Helen Mirren. It is a spin-off from The Fast and the Furious series which was written by Chris Morgan. The film is slated to be released on August 2, 2019 by Universal Pictures. The trailr of the film will be released on 1 Feburary 2019.

Now the team had released the motion poster of Hobbs & Shaw starring Dwayne Johnson aka The Rock,

Much Awaited Dev Trailer is Out Now | Karthi | Rakul Preet