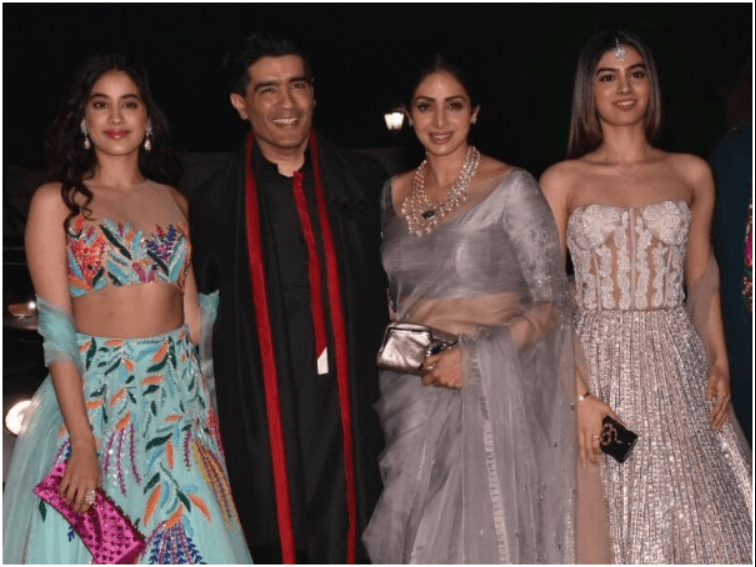 It is really not a surprise to see that Indian fashion designers have major popularity in Tollywood and Bollywood industries alike. Whether their clothes are featured in big events such as the red carpet and weddings to films and TV shows, all actresses will love featuring their style inspirations from well-known designers.

Here is a short breakdown of fashion designers that happen to be Indian and their works are well-loved, as well as celebrities that have donned their work.

This lady is among the most well-known fashion designers, with her work featuring prominent haute and bridal pieces. This all ties in to her education as well; she has a degree in fashion design from the SNDT Women’s University in Mumbai, so it is not surprising to find her classic designs making quite the impact.

Aside from the classic approach she takes, she also infuses some traditional craftsmanship and contemporary designs, which makes her creations take on a new approach. Some of the actresses that have worn her designs include:

In the south Indian film industry, she happens to be among the most popular actresses, such as appearing in the Canadian-British Film Midnight’s Children, which Deepa Mehta directed. On numerous instances, she has been spotted wearing Anita Dongre.

An instance was early this year, when she attended the Lakme India Fashion Week. In this event, she wore a saree with dangling earrings, a white gotta patti blouse, and paired it with a small Dior clutch bag. In another event when she was promoting Gayatri, her Tollywood film, she wore an Anita Dongre Amaara suit that had white threading and gold pairing.

For a reality show that she attended as part of her movie promotion activities, she wore an Anita Dongre blue jacket that prominently featured gold embroidery.  She paired this with earrings from Pinkcity by Anita Dongre, orange juttis from Bhumika Grover, and side-swept hair.

Since she likes a minimalist approach to her style and does not like experimenting excessively, she might seem like she does not look stunning – but this is far from the truth. For instance, when she was promoting a movie with her co-star Ajay Devgan, she wore an Anita Dongre dress.

This is among the most famous designers in the country, and his designs retain their popularity in the film industry in particular. In fact, his garments are partly the reason why so many celebrities changed their style completely.

Thanks to his work spanning over 25 years, some of his designs have also become iconic in Bollywood, and many actresses from South India adore his products, wearing them on every chance they can find. Some of them include:

Even though she died last year, her legacy still lives on – particularly in the fashion choices she made, which were all timeless, beautiful and elegant. Her last public appearance was at Mohit Marwah’s wedding, which she also attended with her family. Manish Malhotra was also among her closest friends, and she wore a skirt and kurta set in ivory, from one of his collections.

The kurta had slight floral needlework and was paired with a skirt in heavy lehenga suit. She completed the look with matching polti bags and white floral earrings, as well as toning down the hair and makeup with nude lips, heavy kohl-line eyes, braided hair, and dewy base.

This lady looked simple, yet gorgeous, when she attended a wedding in one of the pieces from this designer. Her dress heavily featured applique work on a sheer cape, while the crop top had a silver panel border.

This man’s work is clearly visible and easy to distinguish, which makes him well-loved by all celebrities – including actresses from South India. His creations have certain elements in common: florals, vintage embroideries and high necklines, which give the garments an old-world charm. Some of the actresses that have worn his creations include:

When she got married to Rahul Sharma, the founder of Micromax, in New Delhi, the couple had two ceremonies: A Hindu one, and a Christian one in Mumbai. She wore Vera Wang for the Christian ceremony, and Sabyasachi for the Hindu ceremony.

This lady is quite famous for her sense of fashion, which makes her stand out in the South Indian film industry. Samantha always turns up elegantly dressed, whether she is going the traditional route of a saree or the contemporary look of a well-fitting dress.

For instance, a recent event had her wearing a Sabyasachi saree that had brown floral prints, and it included an embroidered blouse in long sleeves, which completed her look beautifully.

For the audio launch release event of her film, she looked stunning in a gold and red blouse that was paired with a traditional red Sabyasachi saree. She then completed this look with earrings from Krsala and a centre-part gajra, which came together to form one of the best looks she has ever worn.

Anushee Reddy is a London School of Economics fashion graduate and is based outside Hyderabad, and she happens to be an avid shopper aside from her fashion designing passion. Her initial days involved working as a fashion editor for a magazine for some time, which eventually made her want to branch off and do her own thing.

By the time 2010 was ending, she already rose in popularity, and she also got an opportunity to participate in LFW 2013 for the first time. Some of her designs include glows, saris, and lehengas, all featuring zardosi work and floral motifs in a traditional style. Some of the celebrities donning her work include:

She modelled at the Lakme Fashion Week in 2015, wearing a pink lehenga, featuring a gold blouse, gold borders, and a net dupatta in peach embellishments.

Tamannaah wore a lehenga in pink and mustard embellishments when she went for a store launch event in Chennai.