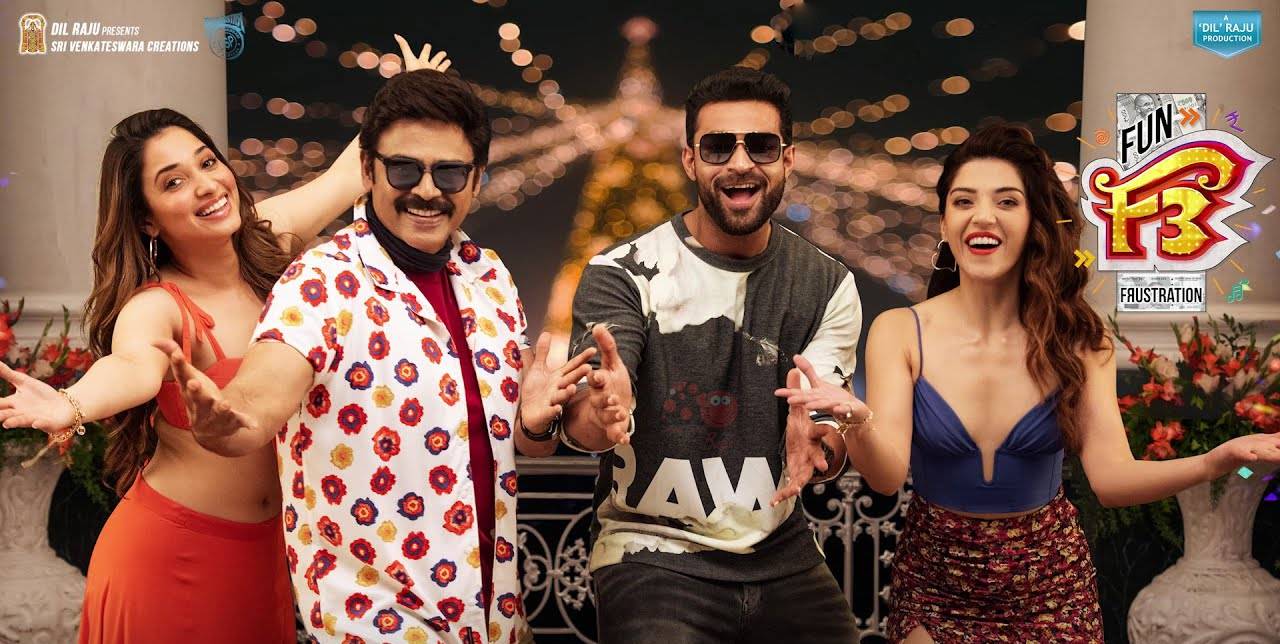 “F3: Fun and Frustration” is the most awaited Telugu comedy-drama helmed by Anil Ravipudi. Produced by Sirish under the production house of banner Sri Venkateswara Creations. After the successful hit F2: Fun and Frustration the makers of the movie announced their sequel. F3 movie stars Venkatesh Daggubati, Varun Tej, Tamannaah Bhatia, and Mehreen Pirzada in major roles. Devi Sri Prasad composes the music and background scores. While Sai Sri Ram handles the cinematography work for this romantic-comedy entertainer. The film is scheduled to release worldwide on May 27, 2022.

F3 movie download links are spotted on many torrent websites for free. Watch this F3: Fun and Frustration movie only on big screens.

Have a look at the main cast of the upcoming F3: Fun and Frustration movie,

An announcement of the F3 movie online release and OTT platform will be finalized soon. It is touted that Aha will acquire the streaming rights for the movie. Stay tuned NEWSBUGZ.COM to know when and where to watch and download the F3 Telugu movie.

Watch the trailer and teaser of F3: Fun and Frustration movie here,