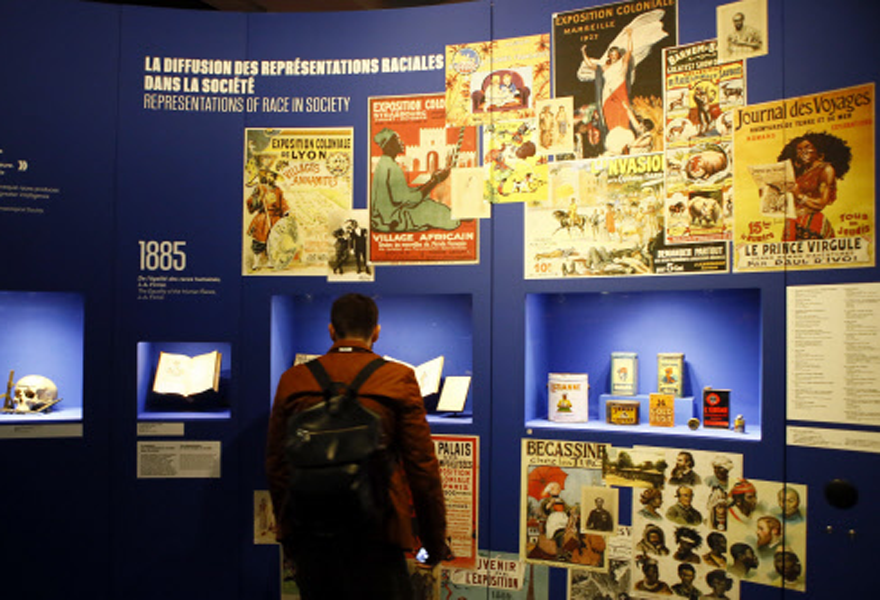 A UNESCO-backed Paris scrutinizes exploring the psychology behind racism aims to shed light on why racist acts in France were on the rise and to educate people against prejudice. “We and the Others, Prejudices of Racism,” which opened on Friday to the French public at the Paris’ Museum of Mankind, comes at a prescient moment during a divisive presidential campaign that has been rife with anti-Islam rhetoric. This week, profound racial tensions affecting France’s large Asian community felt to violence that spilled onto Paris’ streets. In Paris, an exhibition explores Racism amid tensions in France. Lately, an art projects exhibition features the stories that celebrate body positivity, and it illustrated people’s experiences on the dating app.

“Some French political parties, particularly the far-right, have used fear to fuel anti-Islam and anti-immigration policies,” said Museum organizers. A professor of genetic anthropology, co-curator Evelyne Heyer at the National History Museum said, “French people in politics, especially young people, are taking on prejudiced attitudes and boundary views because they have forgotten where it leads.” The exhibition includes multimedia, objects, and text makes for uncomfortable viewing. It revisits dodge historical moments including the Rwandan Genocide, segregation in the US, the Holocaust, as well as French colonial rule.

A visitor at the media preview of the exhibition Us and Them, From Prejudice to Racism on March 30, 2017, at the Musee de l’Homme in Paris

But the exhibition is rooted in the present day. It presents newly-published research, which shows that while racial tolerance is increasing, racist acts and threats had risen over the last ten years in French society. Exhibit organizers floated a prominent campaign in the Paris metro, featuring higher poster images of French celebrities of different ethnic backgrounds bargain to simplified black and white shapes.

The museum hopes that its verdure position on the Place du Trocadero, opposite the Eiffel Tower, will help attract tourists from all nationalities. “This is an excellent moment to look at French society. It’s been 20 years since scientists proved race doesn’t exist, but why is there still racism?” Heyer asked. She added that they hope people and some who are prejudiced would come and take another glance at why they feel the way they do.