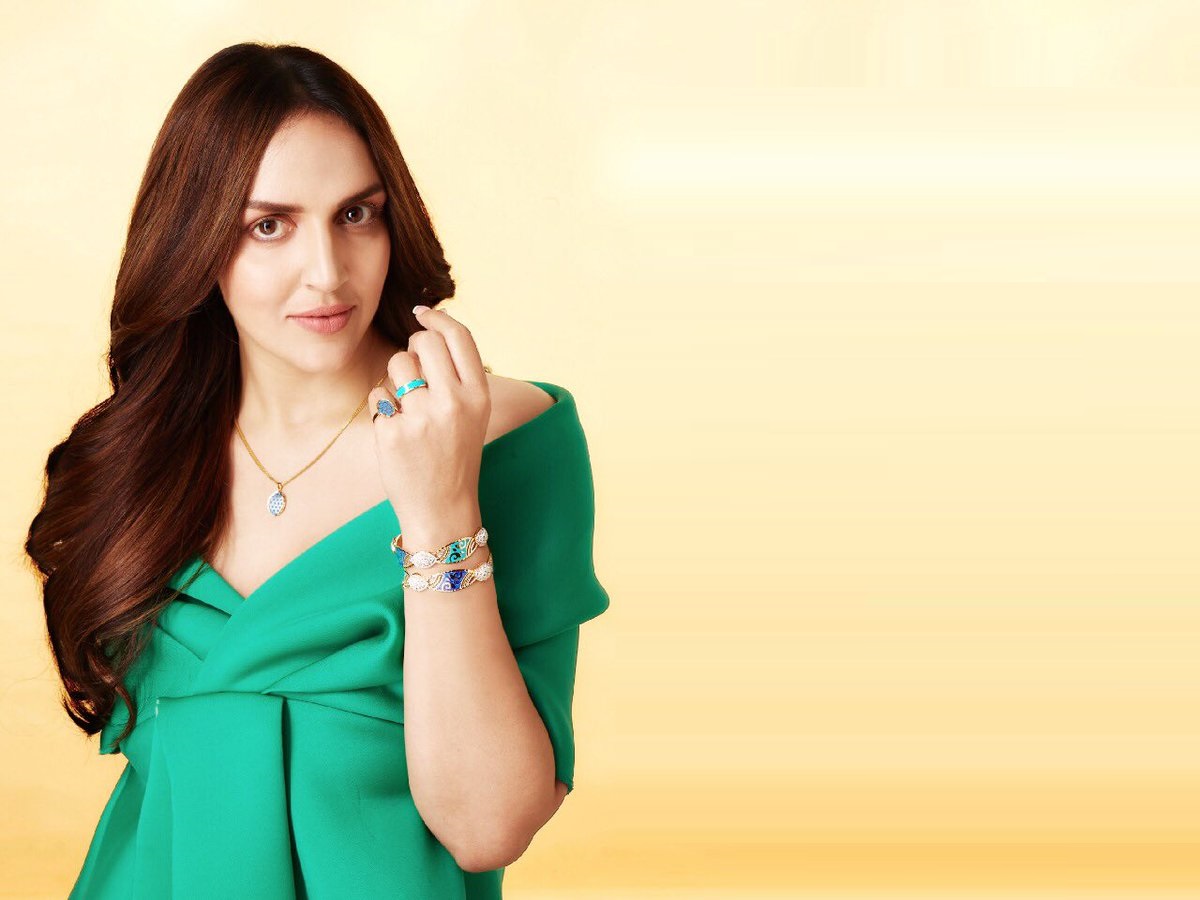 Esha Deol is an Indian model and movie actress, who is well-known for her work in Bollywood film industry. She made her acting debut with the Bollywood movie “Koi Mere Dil Se Poochhe,” directed by Vinay Shukla in 2002. For her perfromance in that movie, she received numerous awards and nominations that include the Filmfare Award for Best Female Debut. Check out below for Esha Deol Wiki, Biography, Age, Movies List, Family, Images and more.

Esha Deol was born on 2 November 1982 in Mumbai, Maharashtra, India. Esha Deol family is now residing in Mumbai, Maharashtra, India. Her father name is Dharmendra, who is a Bollywood actor and her mother name is Hema Malini, a famous Bollywood actress. She has a younger sister named Ahana Deol. Actor Sunny Deol and Bobby Deol are her half-brothers and actress Vijayta Deol, Ajeeta Deol are her half-sisters. Her schooling details will be updated soon and she finished her graduation in Mithibai College, Mumbai. She is fluent in languages like English, Hindi, Marathi and Tamil. Esha Deol husband name is Bharat Takhtani and they got married on 29 June 2012. The couple has a daughter named Radhya Takhtani.

Esha Deol started her acting career in the year 2002 with the Bollywood movie “Koi Mere Dil Se Poochhe” and for that movie, she won the Filmfare Award for Best Female Debut. In the same year, she acted in her second movie “Na Tum Jaano Na Hum” along with Saif Ali Khan and Hrithik Roshan. In the same year, she featured in the movie “Kyaa Dil Ne Kahaa,” directed by Sanjay Chhel. It was Esha’s third consecutive flop but she earned critical acclaim among the people. In the year 2003, she acted in three movies titled Kucch To Hai, Chura Liyaa Hai Tumne and LOC Kargil. In that movies, first, two were average at the box office and her third movie was a box office hit. In the year 2004, she made her Tamil debut with the Mani Ratnam‘s movie titled “Aaytha Ezhuthu,” along with Suriya. After the movie Aaytha Ezhuthu, she acted in the Hindi version “Yuva” in the same role along with Ajay Devgn. Esha Deol finally got her breakthrough with the Yash Raj’s movie “Dhoom” with Abhishek Bachchan, John Abraham, Uday Chopra and Rimi Sen. Then in 2005, she acted in the movie “Insan,” directed by Krishna Vamsi. In the following years, she acted in various movies with various actors.