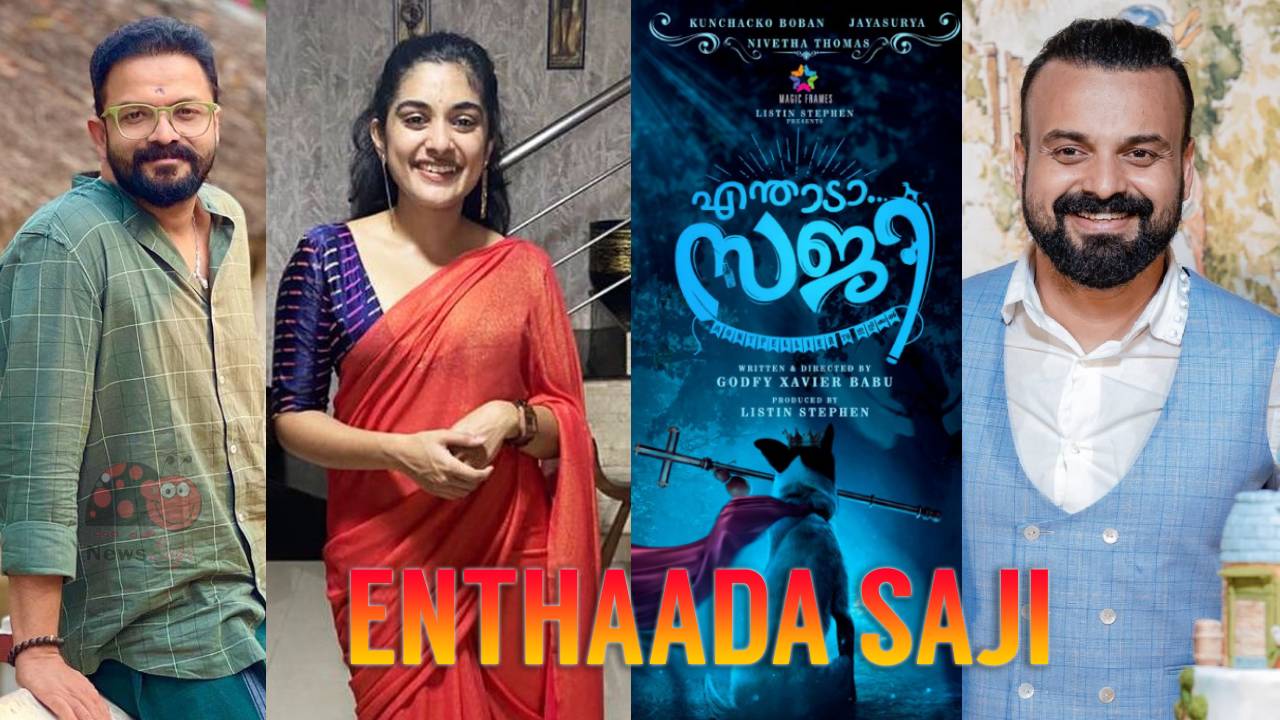 Enthaada Saji is an upcoming Malayalam language fantasy thriller drama written and directed by Godfy Xavier Babu. It is bankrolled by Listin Stephen under the Magic Frames banner. Kunchacko Boban, Jayasurya, and Nivetha Thomas are the major casts in the plot. William Francis scores the thrilling background sounds and tracks. The duo Kunchacko, and Jayasurya joins once again after the hit of Shajahanum Pareekuttiyum (2016). Enthaada Saji movie shooting has been started and the release date will be announced near future.

Here is the main cast list of the Enthaada Saji movie 2022,

The streaming and digital rights for the movie will be announced soon. The majority of Malayalam films are available on Amazon Prime Video following their theatrical release. Stay tuned with NEWSBUGZ.COM to know where to watch Enthaada Saji movie online.

Check out the intriguing horror poster of Enthaada Saji movie 2022,