Eeramaana Rojave is a Tamil Language Romantic Family Drama Starring Dhiraviam Rajakumaran, Kumaran Thangarajan and Pavithra in the lead roles. The Eeramaana Rojave serial started airing on 9 July 2018 in Vijay TV and airs at 2:30 PM to 3:00 PM on weekdays. Actress Pavithra who was formerly in Saravanan Meenatchi (season 3). Both the male leads Dhiraviam Rajakumaran and Kumaran Thangarajan make their debuts in this series. Check out below for Eeramaana Rojave Serial Cast & Crew, Episodes, Promos, and other details. 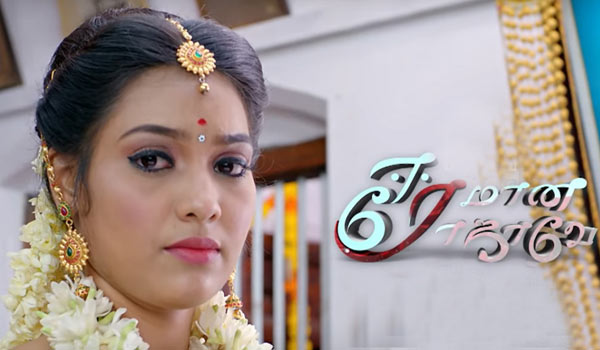 Malar (Pavithra) falls in love with Maran (Kumaran Thangarajan) and they both decide to get married. On the day of their wedding, Maran dies in an unfortunate incident and his younger brother Vetri (Dhiraviam Rajakumaran) is forced to marry Malar. But the Vetri’s family is not happy with this and abuses her saying that she is the reason for Maran’s death.