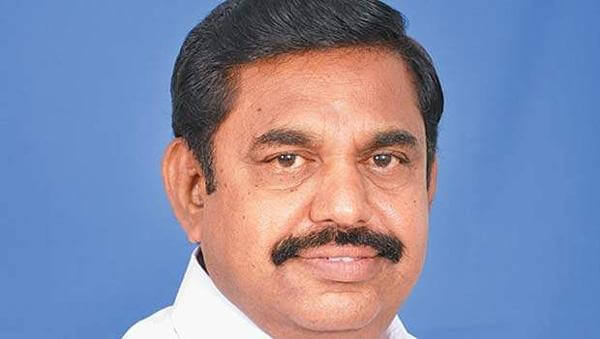 On Thursday afternoon Tamil Nadu governor C.Vidyasagar Rao invited Edappadi Palanisamy to be the next Chief Minister of Tamil Nadu. The Governor asked him to form the ministry at the earliest. Edappadi Palanisamy was handpicked by AIADMK general secretary VK Sasikala to lead the party after the Supreme Court convicted her in a 21-year old disproportionate asset case.

After an extended period of political uncertainty in Tamil Nadu, the new Chief Minister of Tamil Nadu was selected by the Governor. Edappadi Palanisamy has taken the oath to become the 13th Chief Minister of Tamil Nadu in the TN political history. Along with him, the other 30 ministers has also taken the swearing oath. Despite Palanisamy has formed the government, he is asked by the Governor to undertake a floor test in the assembly within the next 15 days to prove his majority. 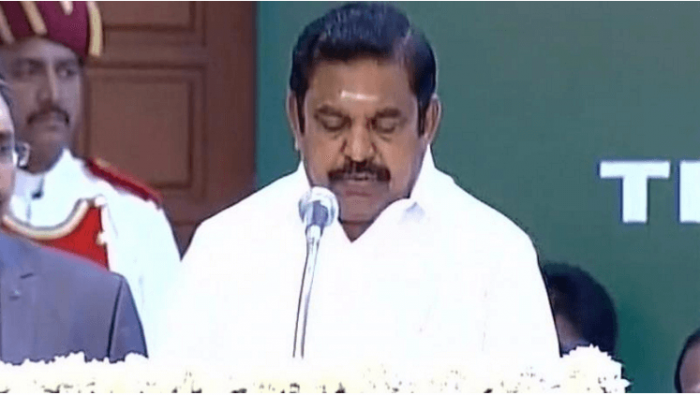 On Wednesday evening, Palanisamy has met Governor Rao and claimed the support of 124 AIADMK MLAs. The governor asked him earlier to get the signatures of more than 118 MLAs from the AIADMK to form the government in the state. Later the signatures have been verified. 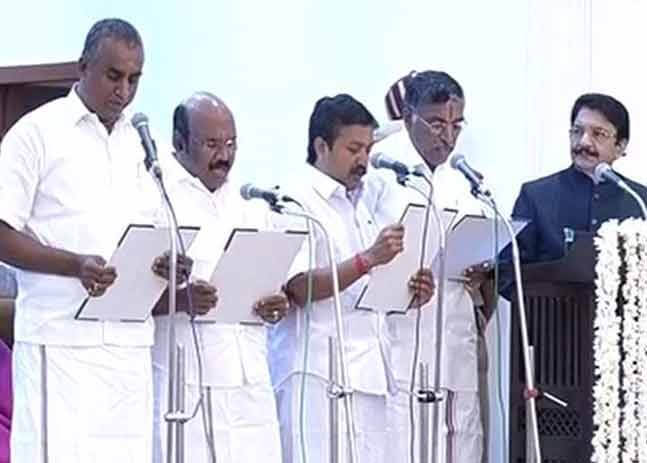 Along with Edappadi Palanisamy, the other 30 ministers has taken swear-in under the guidance of Tamil Nadu Governor Vidya Sagar Rao

In the last six months of Tamil Nadu politics, Edappadi Palanisamy has become the third Chief Minister of Tamil Nadu. Apart from few ministers, most of the ministers were allotted in the same department given to them at the time of Panneerselvam government.

After the swear-in ceremony, the Chief Minister and others visited late J.Jayalalithaa’s memorial at marina beach. The MLAs stayed at the Golden Bay Resort have vacated the resort after the swear-in ceremony was conducted. The police protection was given to O Panneerselvam and his home was taken back after the new Chief Minister was appointed. Also the siren light fixed in his car was taken back.