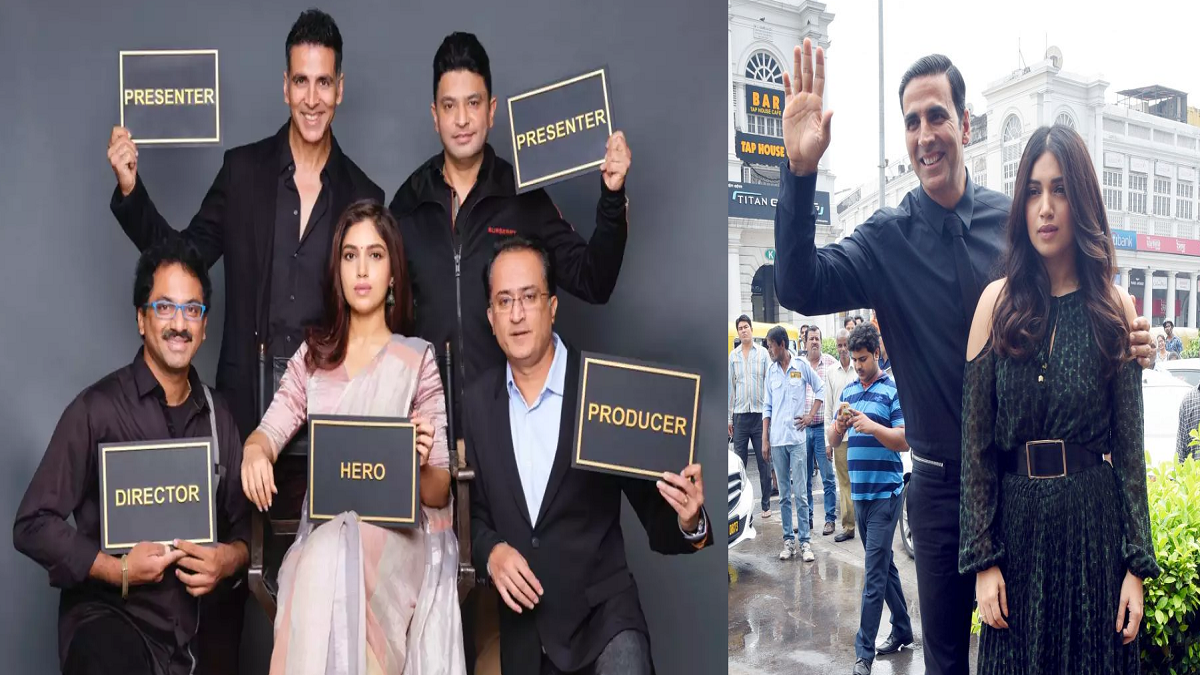 Durgavati is a horror thriller drama starring Bhumi Pednekar in the titular role. The film is presented by Akshay Kumar‘s Cape Of Good Films and Bhushan Kumar’s T-Series. Produced by Vikram Malhotra under Abundantia Entertainment banner, the movie was helmed by Ashok. Akshay Kumar and Bhumi Pednekar earlier worked in Toilet: Ek Prem Katha. Sources confirmed that film will commence from mid of January 2020. On November 30, the makers have revealed this exciting news through the picture showing Bhumi Pednekar wearing a sari, sitting on a chair holding a board “hero“. She is seen surrounded by four men including actor Akshay Kumar, who is holding a board “Presenter”.