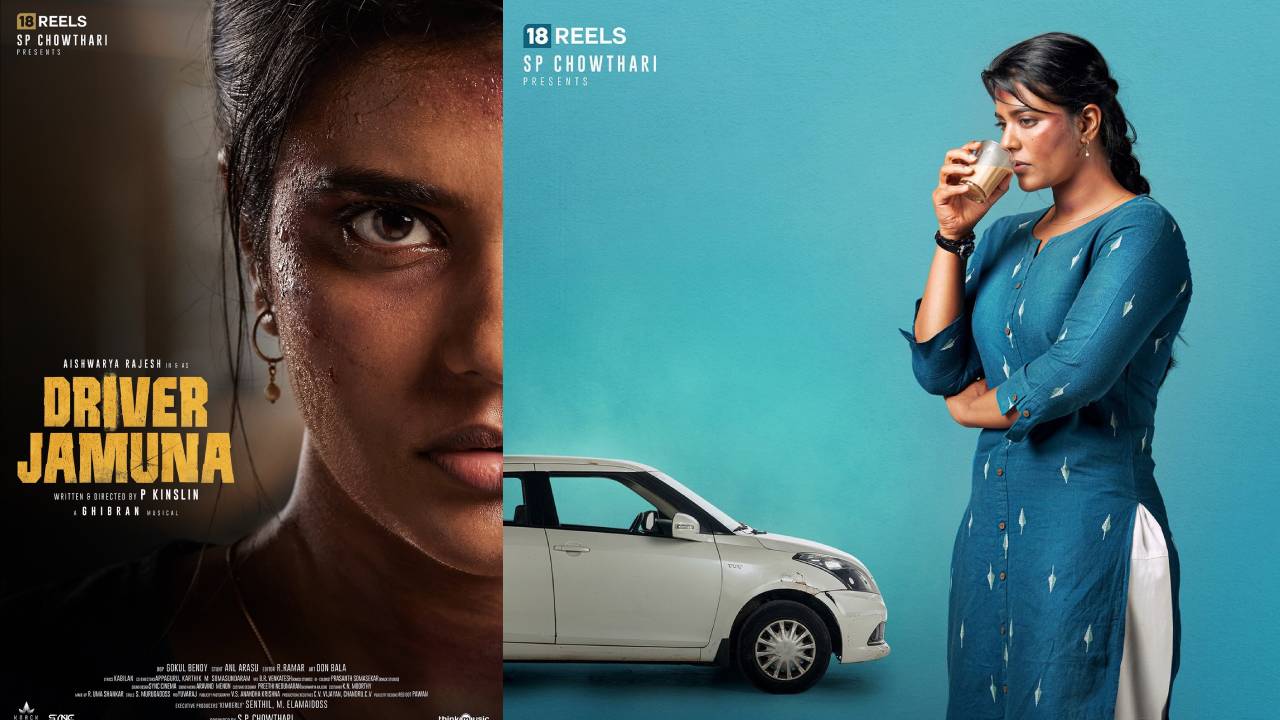 Driver Jamuna is the latest quirky drama written and directed by Kinslin fame of Vathikuchi. Actress Aishwarya Rajesh leads the film and plays the titular role of Jamuna. It is produced by SP Chowthari under the banner 18 Reels. Music Director Ghibran mesmerizes with his tunes, and soundtracks for the entire film.

According to the sources, the film revolves around the Jamuna who drives the car and takes trips, which also leads to an unknown mystery of events. Gokul Benoy is handling the camera and editor R.Ramar does the cut and trim work. The film comes in Tamil, Malayalam, and Telugu languages. The music label for the movie is acquired by Think Music. Watch this quirky ride with Jamuna on big screens and the release date will be announced soon.