Dove Advertisement: Global soap brand Dove has apologised for a Facebook advertisement that was criticised as racist because it depicts a black woman peeling off a dark shirt and transforming into a white woman in a beige shirt after using a Dove product. In an emailed statement Sunday, Dove said that

“An image we recently posted on Facebook missed the mark in representing women of colour thoughtfully,” “We deeply regret the offence it caused.”

The ad video is not clear how widely the image was reported, or which markets were targeted by Dove which is the brand owned Dutch-British multinational consumer goods company Unilever. Also, it has long had an ad campaign that highlights women’s diversity. 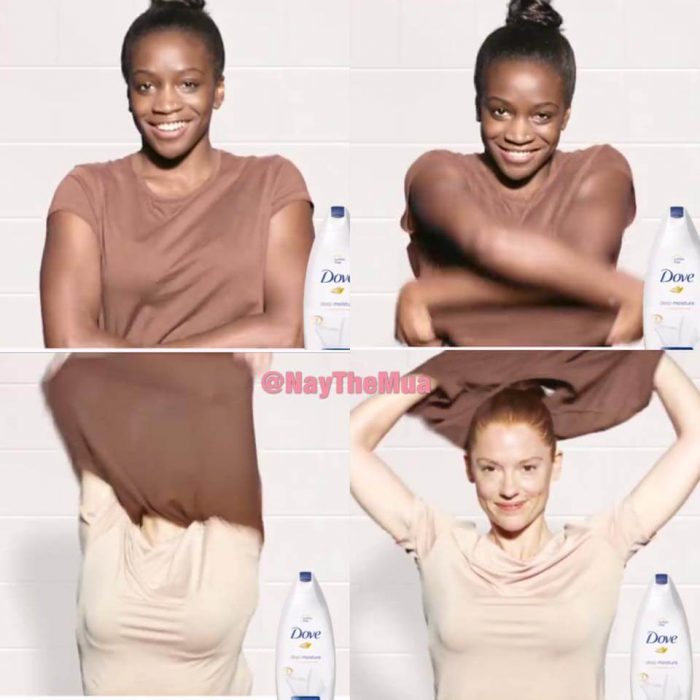 “missed the mark in representing women of colour thoughtfully.”

Dove apologized for a three-second video clip by tweeting that

“did not represent the diversity of real beauty which is something Dove is passionate about and is core to our beliefs, and it should not have happened … we apologize deeply and sincerely for the offence that it has caused.”

Social media users said there were racist implications of this soap ad that showed a black woman transforming into a white woman. Many who criticized the imagery said it tells that black skin is dirty and white skin is clean and remarked there is a historical legacy of racism in soap ads. 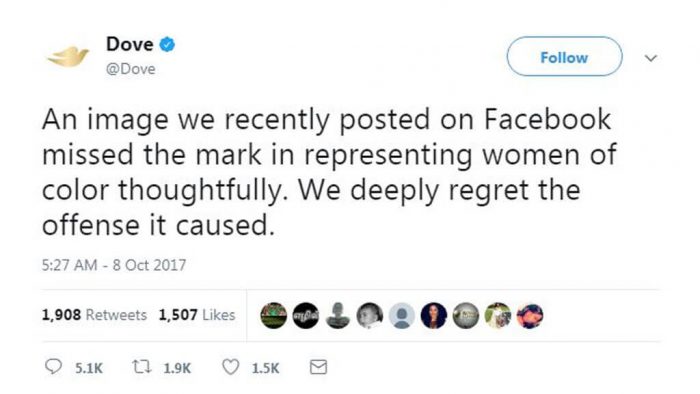 Dove apologized for a three-second video clip by tweeting

It’s not the first time Dove has been reprimanded for being racially uncaring in an ad. A 2011 dove advertisement showed two women of colour and a white woman standing in front of “before” and “after” signs were also criticized.