President of America, Donald Trump signed an administrative order to establish a commission to review the alleged voter fraud and voter suppression in the election system of America. Mike Pence, Vice President, has been named as the chairman of the commission and Kris Kobach, Kansas Secretary of State named as the Vice-chairman. As per the order, the Commission on Election Integrity will examine the vulnerabilities in voting systems used for federal elections that could lead to improper voter registrations, improper voting, fraudulent voting, and fraudulent voter registrations.

Mr. Kris Kobach, Vice chairman of the commission, said: “As the Chief Election Officer of a state, assuring the integrity of elections is my number one duty, and the work of this committee will be to assist all state elections officials in the country in understanding and to address, the problem of voter fraud.” 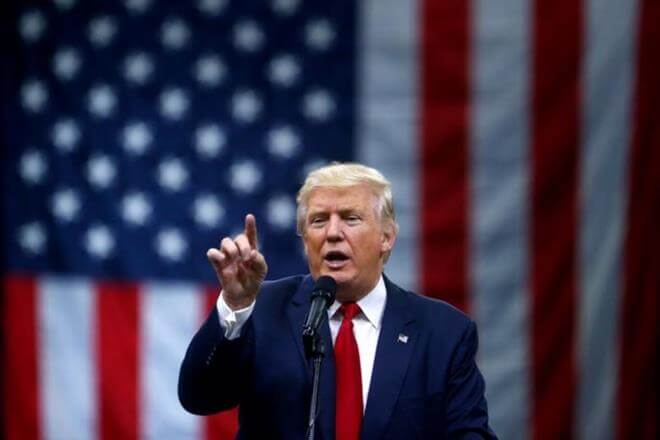 Democratic lawmakers opposed this commission, and they said: “It is an effort by the Mr. Trump to distract public’s attention from the removal of James Comey, Director of Federal Bureau of Investigation (FBI).

Ranking Member of the Senate Judiciary Committee, Senator Diane Feinstein said: “It’s ridiculous that the White House has created a commission to investigate false claims of voter fraud when states across the country are making it harder and harder for citizens to vote.”

She said: “It is a transparent attempt to justify President Trump’s false claim that millions of people voted illegally in the 2016 presidential election. There’s simply no evidence of widespread voter fraud in this country, and it is important that the US does not lose sight of the context in which this commission has been created.”

“State laws making it harder and harder for Americans to vote by imposing strict ID requirements and reducing early voting are rooted in lies about voter fraud. These laws have had a disproportionate effect on the voting rights of African-Americans, Latinos, students, the elderly and low-income Americans.”

Senator Patrick Leahy has claimed that the Commission on Election Integrity is yet “another malicious effort” to undermine the voting rights of millions of Americans around the country. He said: “The integrity of our elections is a foundational issue, but any commission led by an extremist like Kris Kobach, a ‘birther’ whose attempts to restrict voting rights have repeatedly been struck down in federal court has zero credibility.”

Senate Democratic Whip Dick Durbin has claimed that the establishment of the commission is an attempt to turn the attention of peoples from the aftermath of the firing of Mr. Comey. He said: “Just two days after the ouster of former FBI Director James Comey and amid growing scrutiny and questions into the Trump campaign’s connection with Russia, President Trump is trying to divert attention from the ongoing FBI investigation by returning to his baseless allegations of millions of voter fraud cases in the 2016 election.”

Related Topics:Donald TrumpElection commission
Up Next

Adiyogi in Guinness Book | Registered as Largest Bust in the World