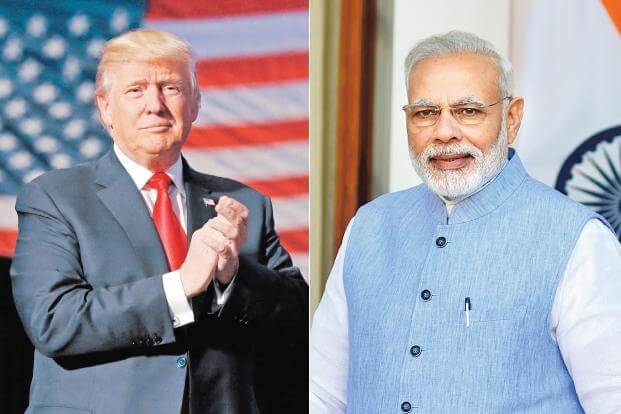 US President Donald Trump is likely looking forward to hosting Prime Minister Narendra Modi later this year, the White House said in a statement on Tuesday. The date for a visit was not announced yet. Trump had earlier called PM Modi on Monday to congratulate him on his recent state election victories, expressing “support” for his economic reforms and “great respect” for Indians. Modi’s Bharatiya Janata Party has won the elections in Uttar Pradesh and Uttarakhand outright and formed the governments in Goa and Manipur with the help of allies.

“President Donald Trump has spoken with Prime Minister Narendra Modi of India to congratulate him on the outcome of India’s recent state-level elections,” the White House statement said. It was the third publicly known phone conversation between Modi and Trump after the latter’s victory last November. The first conversation took place on the morning after Trump’s upset win over Democratic candidate Hillary Clinton. The second happened after President Trump’s inauguration.

The president’s emphasis on “respect for the people of India” could be taken as significant as it comes following several attacks on Indian nationals and Americans of Indian origin in the US in the past few weeks with two people killed in suspected hate crimes. It could smoothen the path for a visit by PM Modi to the US. Lately, this year for a bilateral visit with the public sentiment at home assuaged in the wake of the assaults on the Indian nationals and the Americans of Indian origin in the US in the wake of Trump’s call for “America First” and his anti-immigration stance.

The officials and aides of both sides have spoken and met many times since Trump’s election, with the first team of Indian officials meeting vice-president-elect Mike Pence. Ajit Doval, the Indian national security adviser, met his then counterpart Michael Flynn in December before the inauguration but had to make another trip last week to meet HR McMaster, his new counterpart after Flynn has forced to resign for lying about his contacts with the Russians.

Doval also met the secretary of defense James Mattis on his recent visit. External affairs minister Sushma Swaraj and the Secretary of State Rex Tillersen spoke on the phone, and foreign secretary S.Jaishankar met with the top US diplomat during a visit to the US earlier in March.

Indian officials have felt good about these meetings. Jaishankar had said after his meetings as quoted “Overall our sense was that the administration has a very positive view of the India-US relationship and a very positive view of India.” Formally, US has issued a temporary nationwide block on US President Donald Trump’s travel ban over the major Muslim nations.