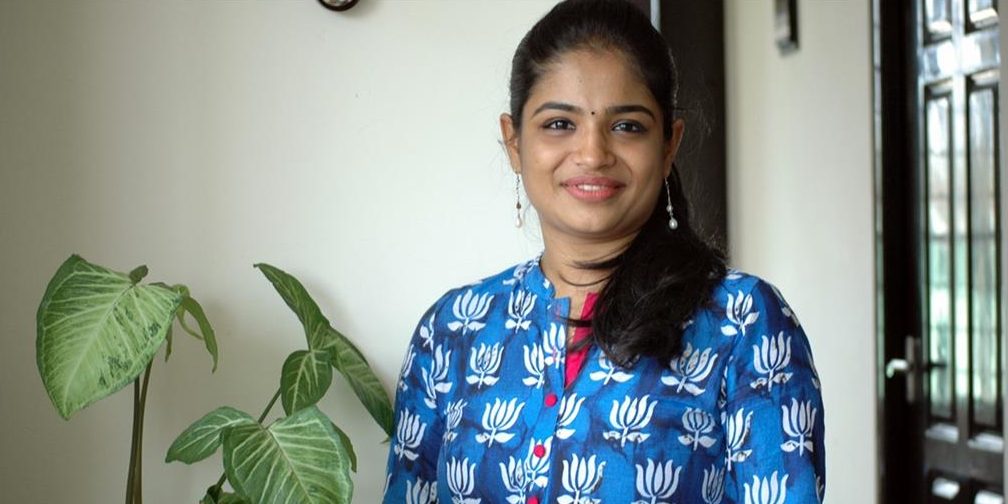 Divya S. Menon is an Indian playback singer, musician and television anchor, who predominantly works in Malayalam film industry, with that, she used to record songs for Tamil and Telugu films. She made her debut song “Adipoli Bhootham” for the movie Ee Pattanathil Bhootham and the song was composed by Shaan Rahman in the year 2012. She recently worked for the song “Aaarovarunora” from the movie Mazhayathu and it was composed by Gopi Sundar. Check out below for Divya S. Menon Wiki, Biography, Age, Songs List, Family, Images and more.

Divya S. Menon was born on 14 March 1987 in Thrissur, Kerala, India. Divya S. Menon family is now residing in Kochi, Kerala, India. Her father name is Mr Soman Kurup and her mother name is Meena Soman. At the age of seven, she was introduced to the word of music and started singing. As her father has a transferable job she did her schooling in Kendriya Vidyalaya and Bhavans Vidhya Mandir across India. She did her graduation in Kerala Varma College, Thrissur and for her masters in Fashion Designing at St. Teresa’s College, Ernakulam. Divya S. Menon husband name is Reghu Mohan they both got married on 20 August 2012. Then this couple was blessed with a baby girl on 31 October 2014. At the age of 12, she started her training in Carnatic Music from Smt. Shakunthala Sheshadri, Mr Sunil and Sri. Mangad Nadessan. Later she also got the education in Hindustani Classical music from Ustad Fiyaz Khan and Sri Dinesh Devdas. Moreover, she is much interested in jewellery making where she conducted several exhibitions under her jewellery brand named “Jingles“.

Once before she enters into the film industry she started her career as an anchor for the musical shows in Asianet Cable Vision and then she has done some musical shows in Yes Indiavision titled Mementos and Kairali Channels titled Ganamela, Sing ‘N’ Win and Raindrops. Then in the year 2009, she started her career in the film industry from the movie Ee Pattanathil Bhootham. Then she was noticed by  Shaan Rahman when he anchoring the musical show and they picked her for Vineeth Sreenivasan – Shaan Rahman debut album titled Coffee @ MG Road. Later she was associated with Blogswara where she has sung in multiple albums in the series. Then she was also sung in Vineeth Sreenivasan’s super hit romantic movie Thattathin Marayathu which is composed by Shaan Rahman. Later in the following years, she worked for various movies as well. Then for her performance, she grabbed more awards and nominations as well.