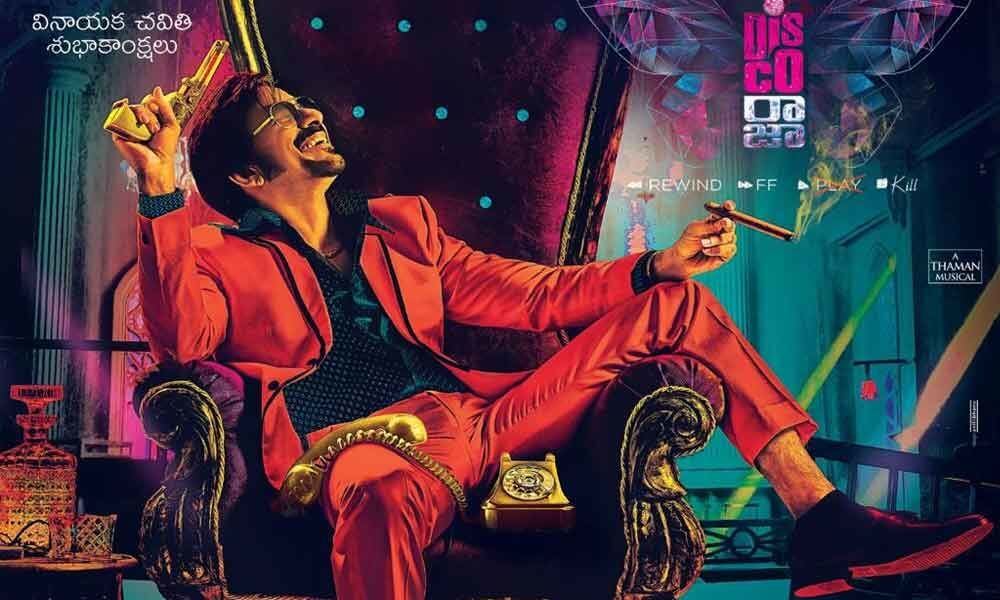 Disco Raja is a Telugu language science fiction movie starring Ravi Teja, Nabha Natesh and Payal Rajput. The movie was directed by VI Anand and produced by Ram Talluri. It is one of the most awaited movies of this year. All the songs and background score of the movie was composed by the youth sensation Thaman. The director Anand and S. Thaman roped together again after the success of the movie Tiger.

Dilliwala is a romantic song of the movie Disco Raja. The vocals are Dilliwala Aditya Iyengar, Geetha Madhuri, and Rahul Nambiar. Ramjogayya Sastry penned the lyrics.

Freak Out Video Song was released on Jan 20, 2020. The song was composed by S Thaman.

The lyrical video of Rum Pum Bum was released on Jan 16, 2020. The song was sung by Ravi Teja, Bappi Lahiri, Sri Krishna and the lyrics penned by Sirivennela Seetharama Sastry