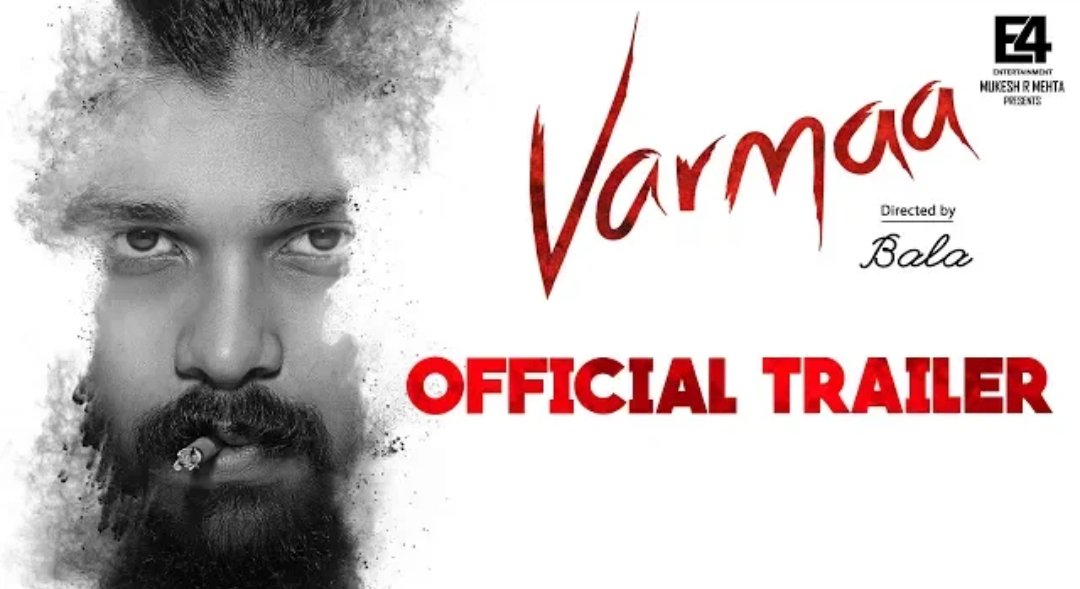 Varmaa is an upcoming Tamil movie written and directed by Bala. It is a remake of Vijay Deverakonda‘s 2017 Telugu Blockbuster movie, Arjun Reddy. Produced by Mukesh Mehta under E4 Entertainment banner, Varmaa stars Dhruv Vikram and Megha Chowdhury in the lead role along with Easwari Rao, Raiza Wilson, and Akash Premkumar. Radhan is the music director of for this romantic thriller.

Now, actor Suriya had released the trailer of the film through his twitter account. Watch the trailer below,