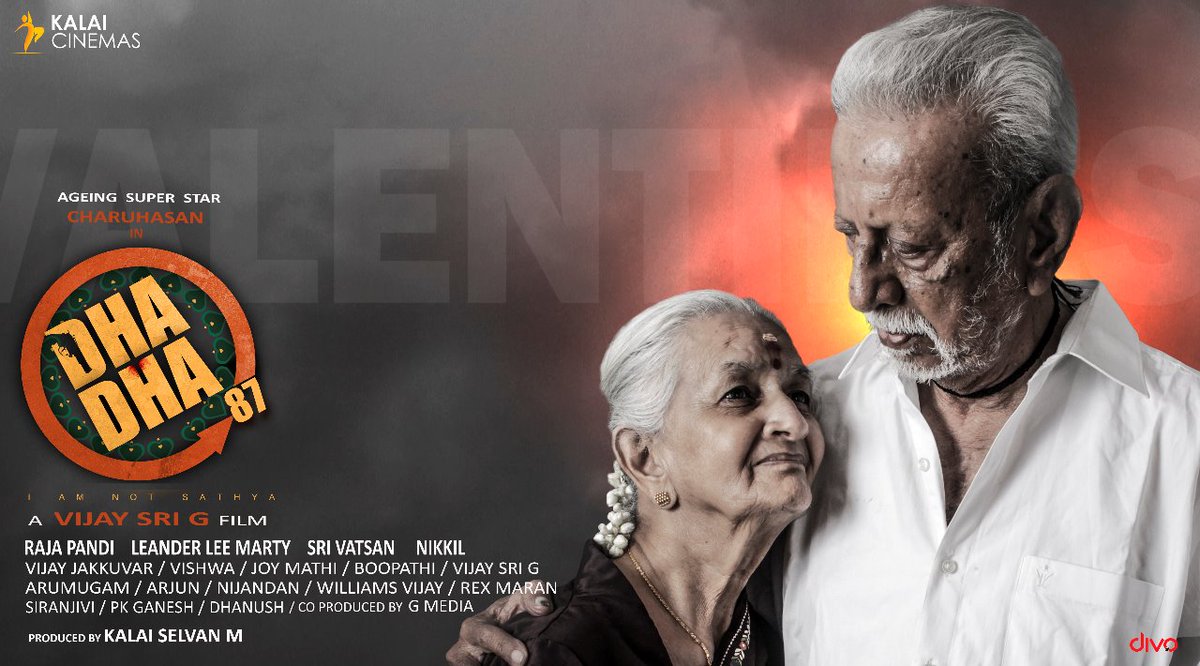 Dha Dha 87 is an upcoming Tamil movie starring Charuhassan, Saroja, and Jangaraj in the lead role. The movie was written and directed by Vijay Sri G. Charuhasan is the elder brother of veteran film actor Kamal Haasan. KPY Anand Kumar made his big screen debut in this film. The film produced by Kalaiselvan under the banner Kalai Cinemas. The music for the film was composed by Leander Lee Marty. Cinematographer Raja Pandi joined the team while Sri Vatsan the editing process.