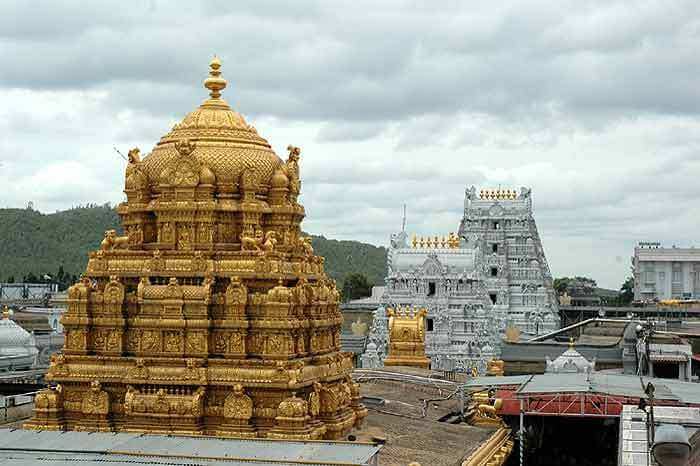 Andhra Pradesh: The famous hill shrine of Lord Venkateswara in Tirumala Tirupati is caught in with a piquant condition as it has received over more than Rs 4 crore as demonetised 500 and 1,000 rupee notes from the devotees in its hundi in the last two months, past the deadline for their exchange.

The temple administration has already written to the government and also to the Reserve Bank of India (RBI) on the fate of the accumulated notes and was now awaiting a response, said a top official.

Thousands of devotees thronging in the cash-rich temple from various parts of the country and proceeded to offer the junked currency in the temple’s hundi along with the valid notes even after the deadline for the replacement of demonetised notes expired on December 30, 2016.

Lord Venkateswara in Tirumala Tirupati is caught in with a piquant condition as it has received over more than Rs 4 crore as demonetised 500 and 1,000 rupee notes from the devotees in its hundi

D Sambasiva Rao, the Executive Officer in the Tirumala Tirupati Devasthanams (TTD), which administers the ancient shrine, said that more than Rs four crore in demonetised currency had been offered in the hundi. He stated that they have already written to the RBI and Government of India about the demonetised notes provided by devotees as the fulfillment of their vows and are awaiting a reply.

It is a common practice for the devotees of Lord Venkateswara to keep depositing the money in tiny boxes or in the mud pots kept in the pooja rooms in their houses over a period and then will deposit it in the temple’s hundi when they undertake the pilgrimage to Tirumala.

Officials at the Temple believe that a larger part of the demonetised currency notes offered in the temple’s hundi in the last two months might be those which are kept in the boxes at homes.

The hundi in the shrine would annually nets more than Rs 1,000 crore besides the gold and silver offerings, temple officials said. The government has now notified a law that makes the holding of more than ten scrapped notes as a punishable crime with a minimum fine of Rs 10,000.