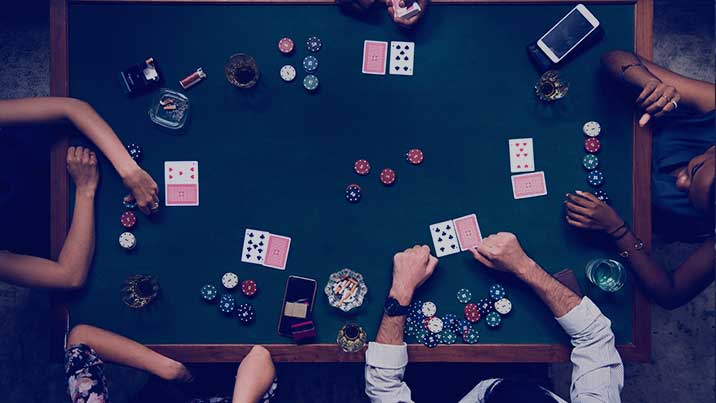 Thousands of different sports, pastimes and activities are broadcast live today, giving viewers an incredibly diverse range of options. Coupled with the explosion of online streaming services, content consumers are spoilt for choice.

Poker is just one game that has become a TV hit in recent years, although if you have been out of the loop you might not realise that its history as a form of televised entertainment is actually quite extensive. Here is a look at how it has developed and the challenges it has faced along the way.

Audiences were first exposed to poker on TV all the way back in 1973 when the World Series Of Poker made its debut on CBS Sports.

The player who walked away with the main prize during this tournament was Puggy Pearson and while the production values were primitive in comparison to the technical wizardry that we are used to in the 21st century, this first showing set a precedent and proved that poker worked as a spectator sport.

The knock-on effect of the WSOP Main Event being broadcast was that more people learned how to play poker, even if this was a mere trickle compared to the flood that would come once online play became possible in the late 1990s.

The first couple of decades during which poker tournaments were shown on TV were somewhat frustrating for viewers because of the aforementioned limitations of the technology available to broadcasters at the time. That all changed just before the dawning of the new millennium, thanks to the miniaturisation of camera hardware which allowed audiences to actually see the cards which each professional had in their hand at any one time.

Rather than relying on the guesswork of the expert commentators, poker on TV became far more accessible and less ambiguous, giving amateurs the chance to see exactly how top players operated in different scenarios.

Unfortunately, this breakthrough also coincided with a setback for televised poker, as it fell off the radar in Europe and was still limited to one-off showcases in North America. It seems like it could be entering a wilderness period, but disaster was averted thanks to the creation of the World Poker Tour in 2002.

Designed specifically for TV, this tournament series benefitted from the introduction of a number of other tech advances, most of which were pulled across from the coverage of other live sports. Fans could see stats onscreen via real-time graphics, and get closer to the action than ever thanks to the ‘pocket cam’.

Thanks to the ever-expanding popularity of poker fuelled by online casinos, there has been more of an audience for the TV coverage, even if a few setbacks have occurred as a result of restrictions placed on web-based play in certain regions.

Today the World Poker Tour is still going strong, while the World Series Of Poker is still covered by major networks including ESPN.

The emergence of streaming services has helped to bring poker to a new generation of players, many of whom have become accustomed to finding their content via services like Twitch and YouTube, rather than through traditional TV channels. Indeed the top streamers in this arena have effectively taken control of the content creation from the big broadcasters, which is resulting in a power shift that has been seen in some other types of entertainment in recent years.

Even with change on the horizon, poker looks set to continue its status as a staple of TV entertainment, especially as attitudes to online gambling are becoming less stringent.