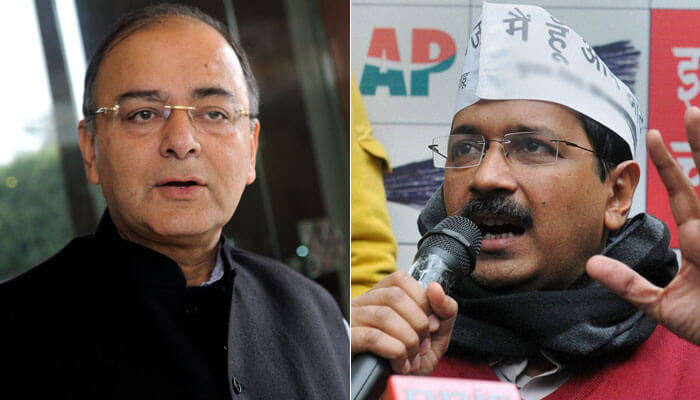 On Tuesday, the Delhi HC (High Court) sought the response of Finance Minister Arun Jaitley on Chief Minister Arvind Kejriwal’s plea to expunge the remarks made against him by a trial court in a criminal defamation case recorded by the BJP leader. Lately, Kapil Mishra said that CM Arvind Kejriwal had received 2 crores.

Jaitley had filed the criminal defamation complaint alleging that the accused, including Ashutosh, Sanjay Singh, Kumar Vishwas, Raghav Chaddha and Deepak Bajpai apart from Aravind Kejriwal, had defamed him in a controversy concerning Delhi and District Cricket Association (DDCA) when he had headed it for over a decade.

A civil defamation lawsuit has also been filed by Arun Jaitley against them in the Delhi HC in the matter inquiring Rs 10 crore as damages. Justice Mukta Gupta on Tuesday has issued a notice to Jaitley and sought his stand regarding Kejriwal’s appeal against the trial court’s remarks made while dismissing his application asking to be heard on the point of the framing of the report in the case.

The high court would take up this matter on July 13. The trial court, while dismissing the petition filed by Kejriwal and the five Aam Aadmi Party (AAP) leaders, had mentioned the plea was “bereft of any merit, mala fide and filled entirely with a view to stall” the proceedings.

The trial court had earlier dismissed the petition on January 30, 2017. Kejriwal has even moved another petition claiming that some of the alleged remarks attributed to him and other AAP leaders by Arun Jaitley in his criminal defamation case were not defamatory. Kejriwal’s lawyers contended that the statements attributed to him were taken from news publications and social media extracts. However, as Kejriwal’s lawyer had not filed these news reports or social media extracts, the court gave them time until May 22 to file the documents in the maintenance of their plea.

The second appeal will be taken up for hearing by the court on May 22. In his first plea, Kejriwal had also challenged the trial court’s January 30 order, in which the remarks were made, but his lawyers had decided to give up the prayer saying they would file an individual petition on the issue.