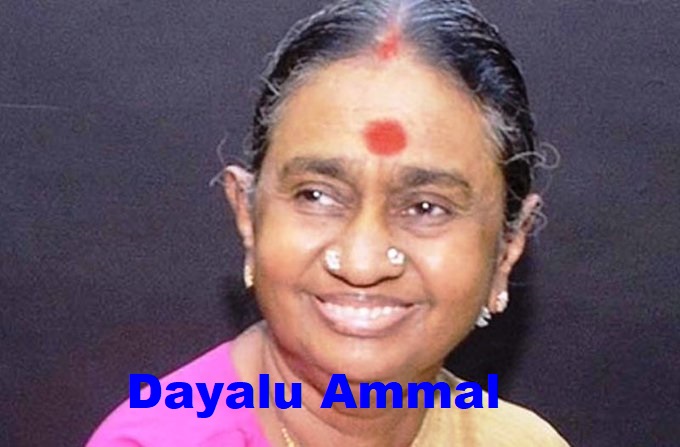 Dayalu Ammal Dayalu Ammal is a Businesswoman and the second wife of Tamil Nadu’s former Chief Minister M. Karunanidhi. She was born in the year 1936 and married DMK leader M. Karunanidhi at the age of 12. She has four children M.K. Alagiri, M.K. Stalin, M.K. Tamilarasu, and Selvi Geetha Kovalam. In the 1980s, she got diagnosed with Alzheimer’s, Sjogren, Anemia, and other age-related diseases. She holds 60% Shares of Kalignar TV. Her son M.K. Stalin was the political successor of M. Karunanidhi and present Chief Minister of Tamil Nadu.