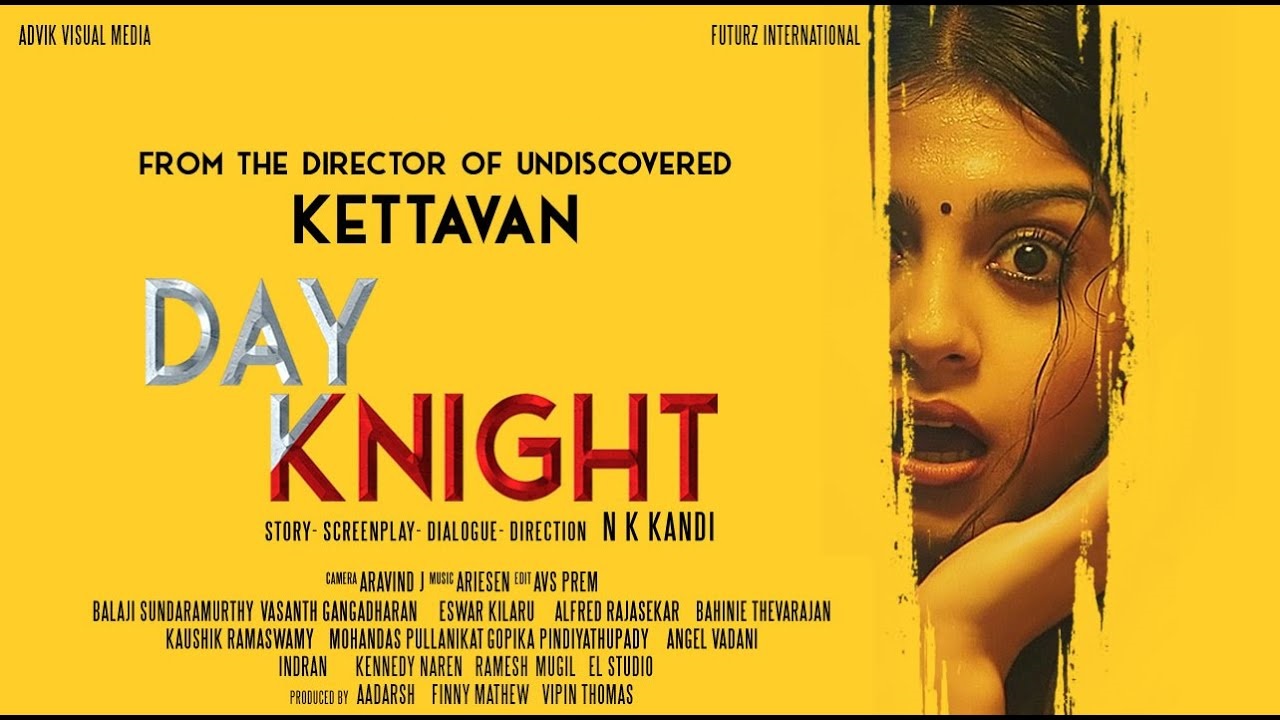 Day Knight is a thriller film directed by Kettavan fame NK Kandi. The film stars Aadarsh and newbie Annam Shaajan in the lead roles. The trailer of the Mystery thriller film was released by Behindwoods. For the first time history of Indian cinema, the movie was shot Frugally in Australia.