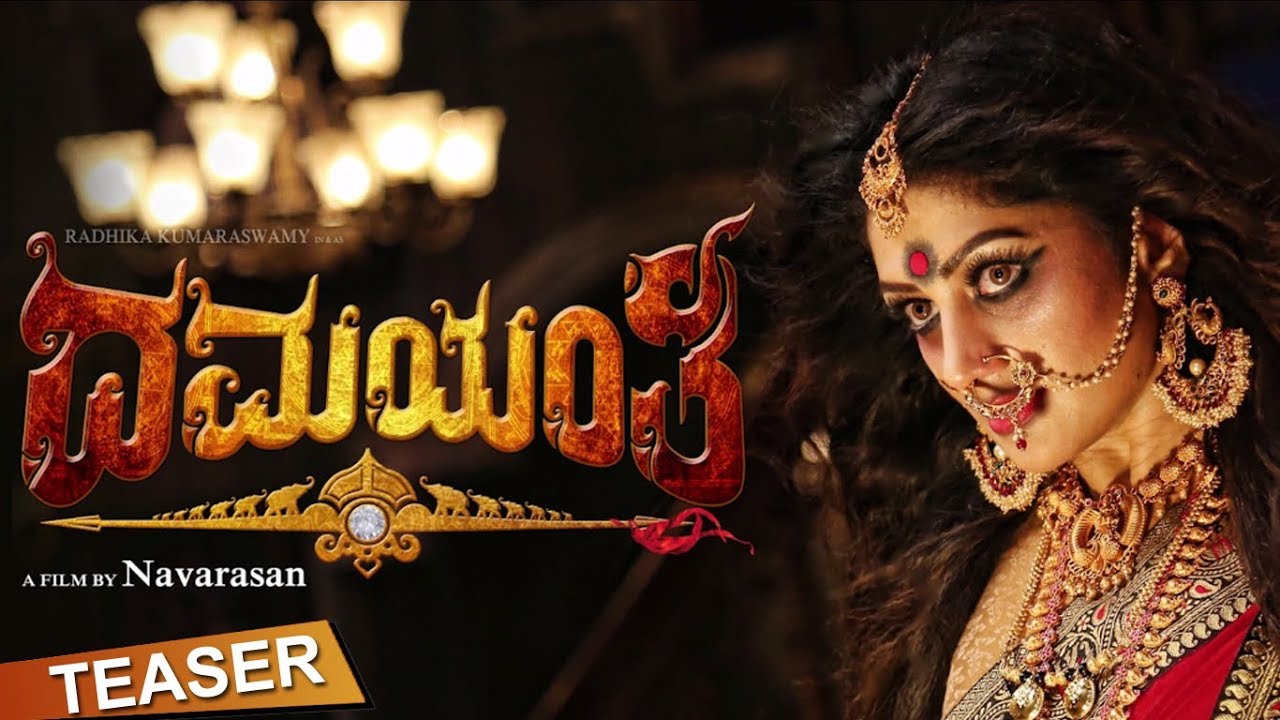 Damayanthi is a mythological horror movie starring Kutty Radhika in the lead role. Directed and produced by Navarasan, the story is said to be set in the 1980s. Damayanthi is being made in Kannada, and also planned to release in Tamil, Hindi, Telugu, and Malayalam. The film also features Bhajarangi Loki, Anusha Ravi, Vishal’s dad GK Reddy, Raj Bahadhur, Sadhu Kokila and Tabla Nani in the key roles. The is scheduled for release on December 2019.