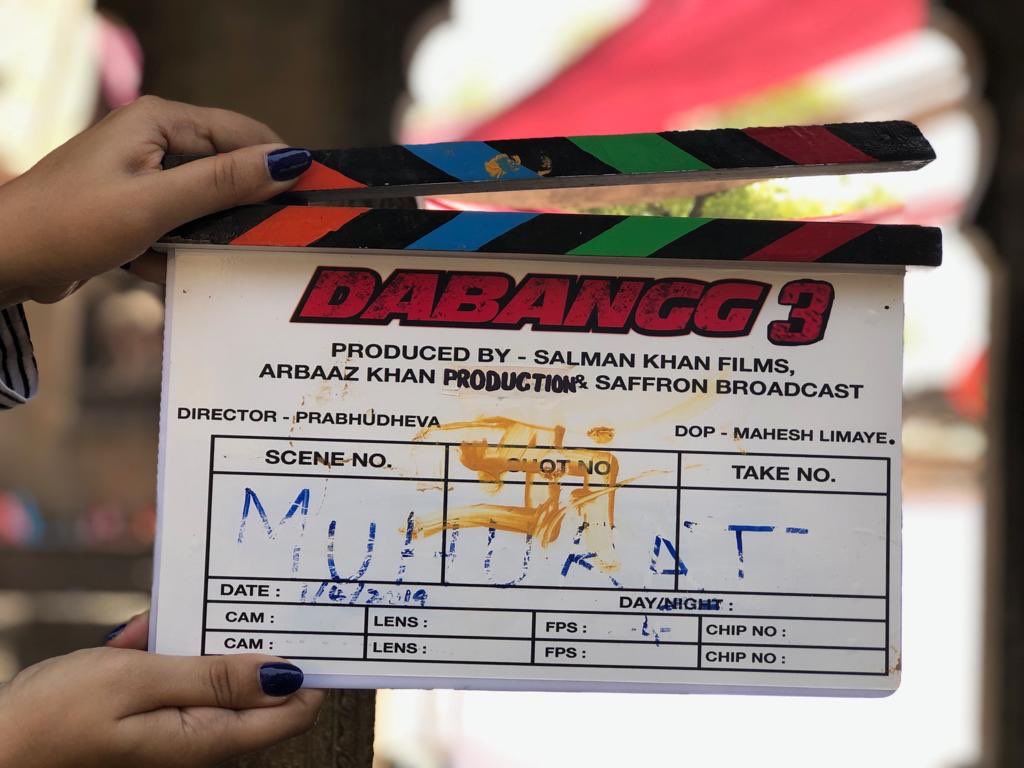 Dabangg 3 is an action film written by Dilip Shukla and directed by Prabhu Deva. It is a series of Indian action films. The series stars Salman Khan as Chulbul Pandey. Produced by Arbaaz Khan, the film also stars Sonakshi Sinha in the lead role. She plays his wife, Rajjo in the film. Kannada actor Sudeep is reportedly set to play the antagonist in Dabangg 3. Music director Sajid Wajid will be composing the songs and background score is done by Sandeep Shirodkar. Aseem Mishra handles the camera and the editing is done by Aseem Mishra.