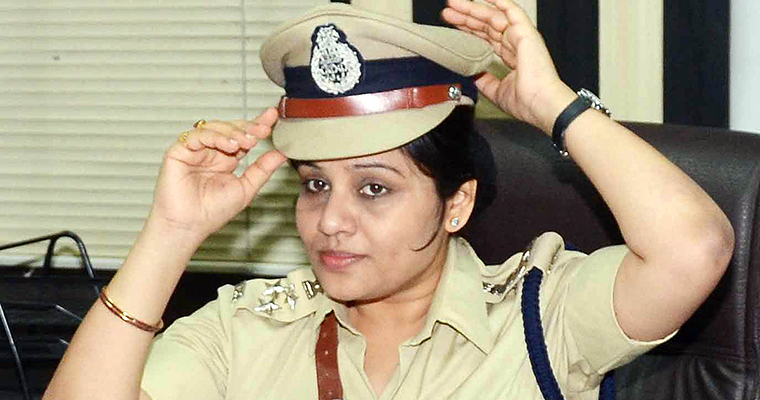 Divakar Roopa Moudgil is an Indian Police Service (IPS) officer belonging to Karnataka Cadre. She is the first woman Kannadiga IPS officer serving in Karnataka. Roopa was ranked 43rd in the UPSC Civil Services Examination in the year 2000 and opted for the IPS. She was fifth in rank amongst IPS officers of 2001 batch. She was awarded the prestigious President’s Police Medal for Meritorious service on 26 January 2016. She was very brilliant and one of the best and dedicated officers in the Police department. Check out below for D. Roopa IPS Wiki, Biography, Profile, Husband, Family, Age, Salary

Roopa was born and brought up in Davangere, Bangalore. Davangere is a small town famous for Bapuji Engineering College and Cotton farming in Bangalore. Her maiden name was Roopa Divakar. She comes from a highly educated family. Her parents are also Government servants and always ensured to provide the best possible education to their children, Roopa and her sister Rohini.

Naturally, both sisters had cracked UPSC Civil Services Examination. Roopa became an IPS officer, and Rohini got Indian Revenue Services (IRS). Rohini is also regarded as an honest officer who has already unearthed many corrupt practices.

D. Roopa is married to Munish Moudgil in 2003. Munish Moudgil is basically from Punjab who had cleared IIT JEE and did Electrical Engineering (B. Tech) from IIT Bombay. Later, he also cracked UPSC Civil Services Examination and got Odisha Cadre. He became an IAS officer.

The couple got hooked during foundation training at Mussoorie and later decided to get married. Roopa and Munish have one daughter and a son.

When she was a Superintendent of police initially, she arrested Uma Bharati, the CM of Madhya Pradesh, at Alnavar following court orders for a 10-year-old rioting case. She was the first Superintendent of Police of the newest and 30th district of Karnataka.

While she was DCP in Bangalore city, she withdrew some police staff unauthorised to be deployed as orderlies to serve VVIPs and influential politicians including a former Chief Minister and other ministers who are in powers, leaving a minimum number for their effective security, thus allowing for optimum utilisation of police force under her.

While Roopa was posted as DCP of City Armed Reserve, she withdrew many police vehicles used unauthorisedly deployed to serve ex-chief minister of the state Sri Yediyurappa as the escort and pilot vehicles as he was not entitled being a former Chief Minister.

She has always remained in the news for her proactive role in maintaining law and order. It is hard to find a police officer with such a credible work record spanning around 15 years of services. It is also worth remarking that she never shied away from taking a firm stand on controversial issues related to social harmony and corruption. She has been at the receiving end from both BJP and Congress politicians.

D. Roopa is the first lady Superintendent of Police to head cybercrime division in Karnataka. While she was a DIG, CID in economic offences and head of the cyber cell she has been effective in solving a number of confronting and high profile cyber crimes and created awareness amongst the general public about cyber crimes and cyber laws.

As DIG of Criminal Investigation Department leading the economic offences wing, she organised some drug awareness programmes for students as part of social role and responsibility of the police.