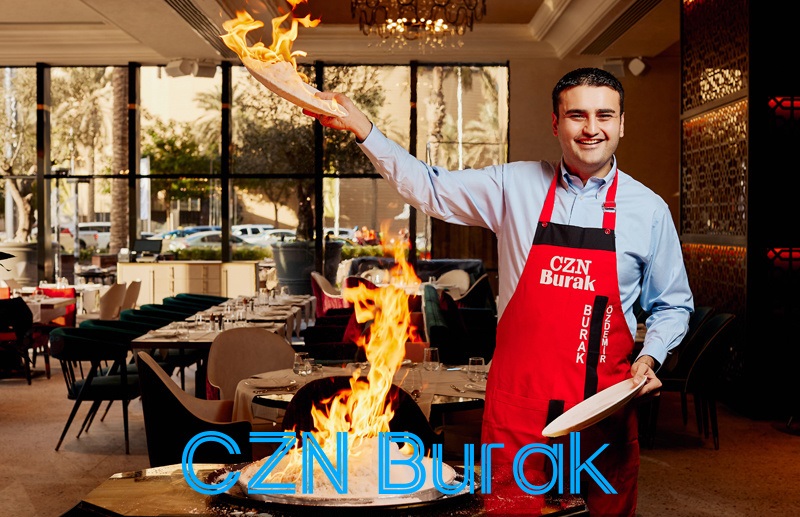 Burak Özdemir well known by the nick name “CZN Burak” (born March 24, 1995). He was born and brought up in Yayladağı, Southern Turkey. Burak is an expert Turkish culinary specialist who is well known for his cooking style. He became a huge internet sensation because of his smiling face and unique presentation of his cooking skills.

According to sources, Burak has worked as Food and Beverage Manager of the Hilton Garden Inn, and Yacht Club Manager at Dogus Holdings. Now, he owns the Hatay Civilizations Table (Turkish Hatay Medeniyetler Sofrası) chain of restaurants, which consists of four branches and a first overseas branch in Dubai. He also shared some photos with Christina Ronaldo, Will Smith, Recep Tayyip Erdoğan, Khabib Nurmagomedov, Keerthy Suresh, Sania Mirza, Nora Fatehi, Alexandra Mary Hirschi, and more. He is one of the similar internet sensational chefs Nusret Gökçe known as Salt Bae.

Check out some of the culinary skills videos of CZN Burak,

Here’s the recent smiling pictures of CZN Burak and along with some top celebrities’ around the world,