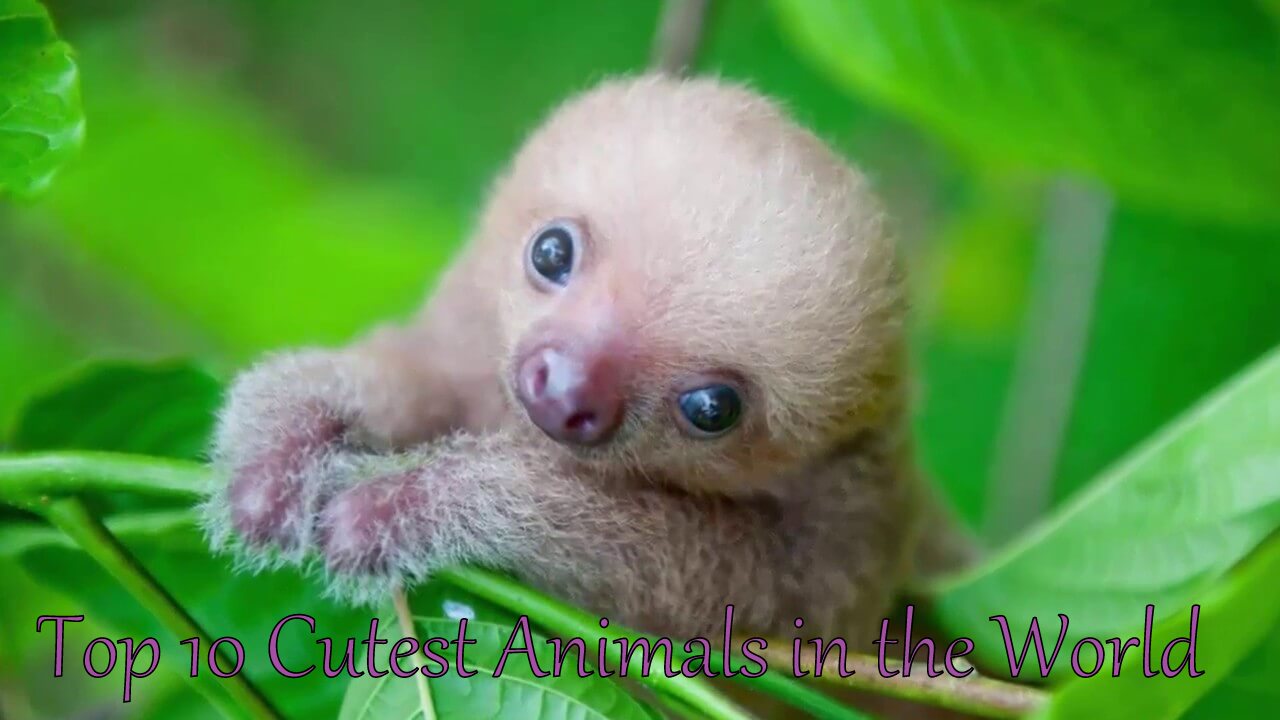 Everyone in the world knows that the earth is a beautiful place for all living organisms. It is bundled with thousands of creatures like animals, birds, insects, plants and more. Each has a special and unique nature for their survival in the world. Especially animals play an important role between humans and nature. There are thousands of animal species available in which some are most dangerous but some are good and cute as well. When we speak about the beauty of animals, males are mostly more beautiful than females. Though there are plenty of cute animals available in the world here we have listed some of the cutest animals living in the world.

Hedgehogs are one of the tiny spiny mammals found in the parts of Europe, Asia, Africa and also recently in New Zealand. These species are native to Australia but the species of American natives are extinct. These Hedgehogs are the ancestry of Shrews but they have changed little over the last 15 million years. It can be easily recognized by its spine which are not poisonous. All the species of Hedgehogs can roll themselves as a tight ball for self-defense. These creatures are omnivorous, they eat insects, snails, frogs, toads, snakes, bird eggs, carrion, mushrooms, grassroots, berries, melons, and watermelons.

Koala is the animal that holds the native of Australia and it is an arboreal herbivorous marsupial creature. It is also commonly called a koala bear, the name Koala means “no water“. As per the name, it does not drink much water as it get its moisture from the leaves they eat. The Koala bears can be recognized easily by its fat, tailless body, large head with fluffy ears and spoon-shaped nose. Mostly you can find these creatures on trees, as it mostly eats eucalyptus leaves and also the leaves of Acacia, Allocasuarina, Callitris, Leptospermum, and Melaleuca.

Arctic Foxes are the small foxes that can be found in the Arctic region of the Northern Hemisphere and also commonly found in the Arctic tundra biome. These fox species are colloquially called as the white fox, polar fox, or snow fox. These cute white Arctic foxes can easily survive on extreme cold climate. It can manage temperatures lower than -70 degrees Celsius without shivering. The round shape of its body helps them protect from the reduction of body heat. The prey of this animal are lemmings, voles, ringed seal pups, fish, waterfowl, and seabirds. Along with these creatures, it also eats carrion, berries, seaweed, and insects.

Red Pandas are the mammals found in the mountain range of the Himalayas and southwestern China. These creatures were in the category of endangered animals by the IUCN Red List. It is also commonly called as the lesser panda, the red bear-cat, and the red cat-bear. These animals are arboreal (animals that live on trees) and there are only 10,000 mature individuals living in the world. It is Herbivorous Carnivoran animal and it mainly feeds bamboo along with this it also eats eggs, birds, and insects.

Fennec Foxes are the tropical animal which is also known as the sand fox. These animals are found in the region of Sahara Desert of North Africa, the Sinai Peninsula, South East Israel, and the Arabian desert. These beautiful animals can be used as pets in homes but it needs different treatment than domestic cats and dogs. The furry body, size, and ears makes it as one of the cutest animals in the world. It is extremely playful and family-friendly. Fennec Foxes are omnivores that eats rodents, insects, birds, eggs, and rabbits.

Hamster is a small creature which is popularly known as a small house pet. These creatures were found in the region of Europe, North Africa, and Asia. It mostly lives in the underground to protect itself from its natural predators. Apart from regular features, it has a distinguishing feature, it’s cheek pouches which is used to carry food back to their burrows. The small body, fur-covered leg and short tail make it even more beautiful. These animals are herbivorous, as it mostly feeds on seeds, fruits, but occasionally it also eats the burrowing insects.

Llama is one of the domesticated animals found in the region of South America. In the Andean culture, it is mainly used for meat and pack animals. Another name of this beautiful animal is Lama Glama. About 40 million years ago these animals have originated from North America. These animals are often in colors white, brown, or piebald. It is also a beautiful domestic animal like Cow and Horse. Llama mainly eats grass, green leaves and more like other herbivorous animals.

Rabbits are one of the small cute herbivorous mammals which definitely wins the heart of everyone by its stunning looks. The twitchy snout, long ears, cute front teeth, and beautiful eyes make it the cutest animal in the world. By its cuteness, it has became as one of the most popular pets that live in the home. In the wild, you can find these creatures in the area of meadows, woods, forests, grasslands, deserts, and wetlands. Everyone knows that rabbits are herbivores and mostly feed by grazing on grass, forbs, and leafy weeds.

Red Squirrel is not like common grey squirrels as the activities habitat of these creatures is entirely different. Most people think that grey squirrels are beautiful but while comparing with this species they are not much beautiful. These creatures are found in the regions of boreal, coniferous woods in northern Europe and Siberia, preferring Scots pine, Norway spruce, and Siberian pine. These squirrels are a bit smaller than the grey squirrels and it can be easily identified by its red coats, a bushy tail, and fluffy ears. The food habits of this Red Squirrel is also like its relatives, it feeds seeds of trees, fungi, hazelnuts, beech, chestnuts, berries, and young shoots.

Pika is one of the smallest mountain-dwelling mammals which live in the region of Asia and North America. The adorable look of the animal attracts everyone, but cannot be used as pets in home because it is wild in nature. These creatures prefer to live in areas like rocky slopes, graze on a range of plants, mostly grasses, flowers, and young stems. This beautiful creature is also called as “whistling hare” because of the sound ti uses to alert its pair from predators. It is a herbivores animal, that eats a wide variety of plant matter such as forbs, grasses, sedges, shrub twigs, moss, and lichen.

It is the list with very few cutest animals in the world. Apart from these animals, there are many cute animals are living in this world. Which cute animal you adore the most, leave it in the comments below.

Top Interesting Facts about Dreams & What Do They Mean