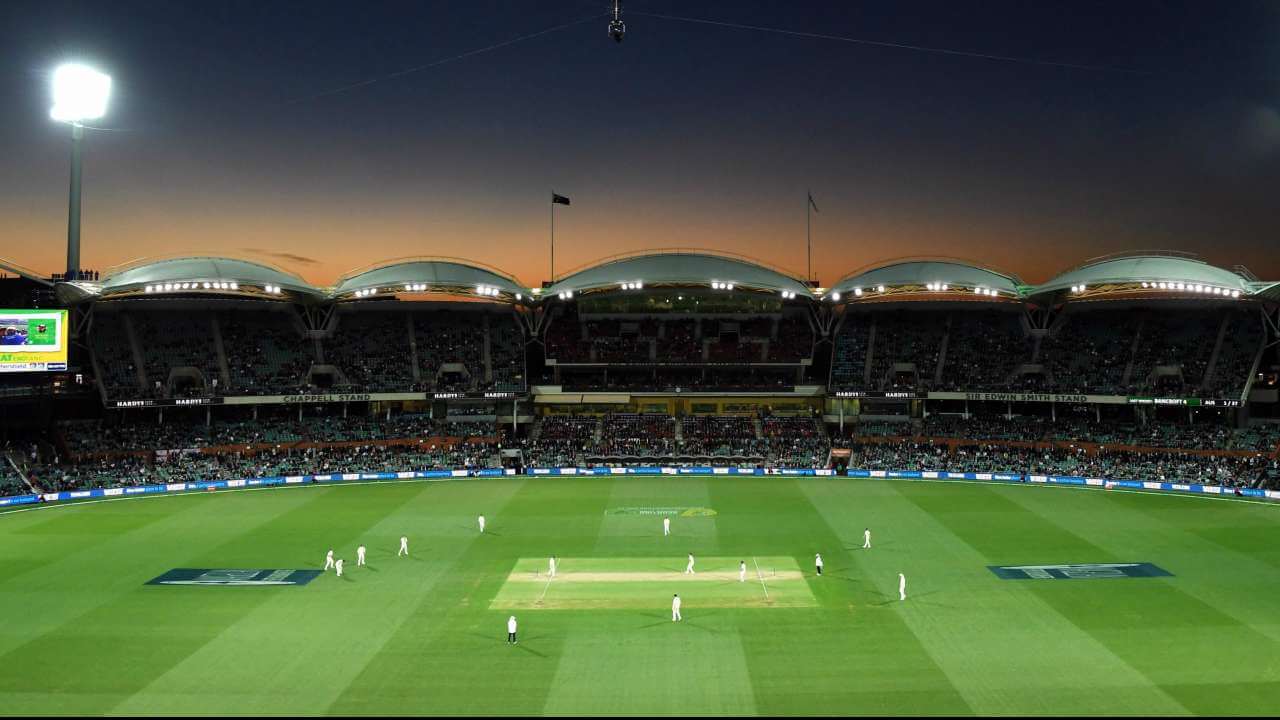 Cricket is the second most played sport in the world. It is a familiar game in Asia played by all sorts of people. The sport can be played with or without a proper stadium, but the real sports and matches are usually held in a stadium. So all over the world, you can see numerous best cricket stadiums with the proper setup. In this guide, we are going to see the largest cricket stadium in India. All over India, there are nearly 52 International Cricket stadiums are available, in which 21 stadiums are active and another 31 stadiums are inactive. Every popular cricket stadium in India has the finest facilities which have been appreciated even by the International players. The “World’s Largest Cricket Stadium” is coming up in India with all the latest facilities and amenities named Sardar Patel Stadium in Gujarat. Let us see the list of top stadiums in India.

Dr. Y.S. Rajasekhara ACA-VDCA Cricket Stadium is a multi-purpose stadium situated in Visakhapatnam, Andhra Pradesh, India with the greenish outfield. The stadium was established in the year 2003. Though it is a multi-purpose stadium, it is mostly used for cricket. The pitch of this ground is known as the batsman-friendly pitch. No World cup matches have been hosted in this stadium but it has provided 2 Tests, 9 ODIs and 3 T20I matches.

Punjab Cricket Association IS Bindra Stadium is popularly called as Mohali Stadium located in Mohali, Chandigarh CR. It was established in the year 1993 and has been the home ground for the Punjab Cricket team and the IPL franchise Kings XI Punjab. While comparing with other stadiums the floodlights of this ground are unconventional to avoid rash with the aircraft flying from the nearby Chandigarh Airport. The stadium has hosted 2 world cups, 3 Tests, 24 ODIs and 4 T20I matches.

Barabati Stadium is one of the iconic sports stadiums located in Cuttack, Odisha established in the year 1958. This is the home ground for Odisha Cricket team and regularly hosts various International cricket matches and. This ground is also used by the Football Association of Odisha to host the Santosh Trophy national football tournament as well as for the Odisha First Division League football matches. Barabati Stadium has conducted 3 world cups, 2 Tests, 18 ODIs and 2 T20Is matches till 25 October 2019. As it is a cricket and football stadium, it is well equipped with the floodlights and used as a regular venue for ODIs.

Wankhede Stadium is one of the largest cricket stadium located in Mumbai, India. This was renovated for the 2011 world cup. It has hosted numerous high profile matches and is a witness to a number of records. The little Master Blaster and God of Indian Cricket, Sachin Tendulkar’s last match was held in this stadium. It is the home stadium for Mumbai Indians team in Indian Premier League & Mumbai Ranji team. It has conducted six world cups notably the 2011 Cricket World Cup Finals. India is the first country to win the cricket world cup on the homeland. Wankhede Stadium has hold 25 Tests, 20 ODIs and 5 T20Is till 19 July 2017.

M Chinnaswamy Stadium is a 4-decade old stadium situated in the heart of Bengaluru, Karnataka, India. It was established in the year 1969 and named as Karnataka State Cricket Association initially. Later it was renamed as M. Chinnaswamy Stadium to honour Mr Mangalam Chinnaswamy, the former president of the Board of Control for Cricket in India (BCCI) from 1977–1980. This stadium not only hosts the regular Test and ODI matches, but it also hosts some other First-class cricket matches. It is a home ground for the Karnataka state cricket team & Royal Challengers Bangalore IPL team. It is the world’s first cricket stadium which uses solar panels to generate bulk power supply. It has hosted 7 world cup matches in this stadium. Till June 20, 2019, it has conducted 22 Tests, 24 ODIs and 6 T20I matches.

Green Park Stadium is the floodlit cricket Stadium located in Kanpur, Uttar Pradesh. It is the only stadium located in the state of Uttar Pradesh. This stadium was established in the year 1945 and it is also nicknamed as Billiards Table & Woolmer’s turf. It is the home ground for the Uttar Pradesh cricket team & former IPL team Gujarat Lions. The stadium regularly hosts the International Test and One Day matches. It got the pleasure to host the 500th test match of the Indian cricket team. The ground named Green Park after the British lady Madam Green who used to come here for horse riding. The ground is located near the river Ganges. The ground has hosted 22 Tests, 14 ODIs and one T20I matches.

Brabourne Stadium is one of the top cricket stadium located in Mumbai, India. It was established in the year 1937 and it is the home venue for both Mumbai cricket Team and the IPL team Mumbai Indians. As of 2006, the North Stand of the Brabourne was the headquarters of the Board of Control for Cricket in India and later they shifted near Wankhede Stadium. Then this stadium housed the 1983 cricket world cup trophy till 2006. The Brabourne Stadium has not hosted any world cup matches. It has hosted 17 Test, five ODI & IPL 7 matches till now.

Arun Jaitley Stadium formerly called Feroz Shah Kotla Ground is situated in Delhi, India. This stadium was established in the year 1883. After Eden Gardens stadium in Kolkata, it is the second oldest international cricket stadium in India. It is home ground for both the Delhi cricket team and the Delhi DareDevils IPL team. On 12 September 2019, the stadium was renamed as Arun Jaitley Stadium for the memory of former Finance Minister and DDCA President late Arun Jaitley. In this ground, India’s national cricket team was undefeated for over 28 years in Test and 10 years in ODI matches till 2016. Till 25 October 2019, this stadium has hosted 34 Tests, 25 ODIs and 6 T20I matches.

M A Chidambaram Stadium is popularly known as Chepauk Stadium which located in Chennai, India. This was established in the year 1916 and it is the third-oldest stadium in India after Eden Gardens in Kolkata and Feroz Shah Kotla Ground in Delhi. The stadium was renamed M A Chidambaram stadium after the former president of BCCI and it is formerly known as Madras Cricket Club Ground. It is the home ground for the Tamil Nadu cricket team and for the Chennai Super Kings IPL team. This stadium has hosted 7 One Day International matches across 3 world cups. In 1952, Indian cricket has tasted its first-ever victory against England in this stadium.

Eden Gardens cricket stadium is one of the oldest stadiums located in Kolkata, India. It was established in 1864, 155 years ago and it is called as the Mecca of Indian Cricket. It is a home ground for the Bengal cricket team and also the home venue for IPL (Indian Premier League) Kolkata Knight Riders. For the India national cricket team, it is the special stadium for Test, ODI, and T20I matches. The stadium has hosted 15 Cricket World Cup matches in India across formats and men’s and women’s cricket. In 2019, it was named as the stadium that hosts the first-ever day/night test match in India during the second Test between India and Bangladesh.

Thanks for visiting News Bugz

The Richest Girls in the World Under 21