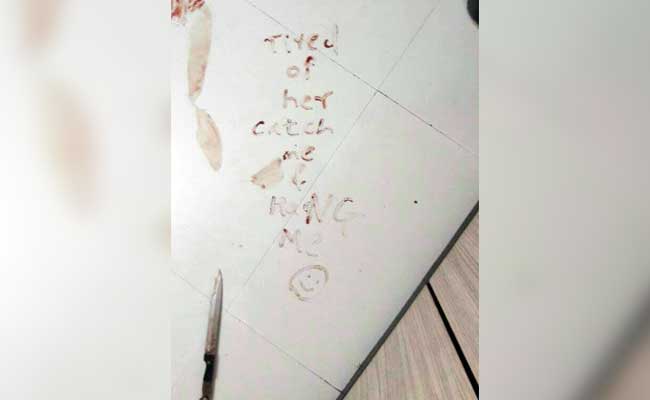 The wife of the police inspector was found murdered inside her house in Santacruz East. One of the cops identified as the inspector Gyaneshwar Ganore who is posted at Khar police station and he was once part of his team investigating the Interesting Sheena Bore murder case. In the high profile, Sheena Bora murder case is registered at the Khar police station. Ganore is also one of the investigating officers in this case, and he has also headed the team which arrested the prime accused Indrani Mukerjea. From this crime scenes, they rarely get the details and get more offensive than this. After hitting the Wife of the Mumbai police officer with the kitchen knife several times and the killer left the note that he scribbled in her blood on the ground. 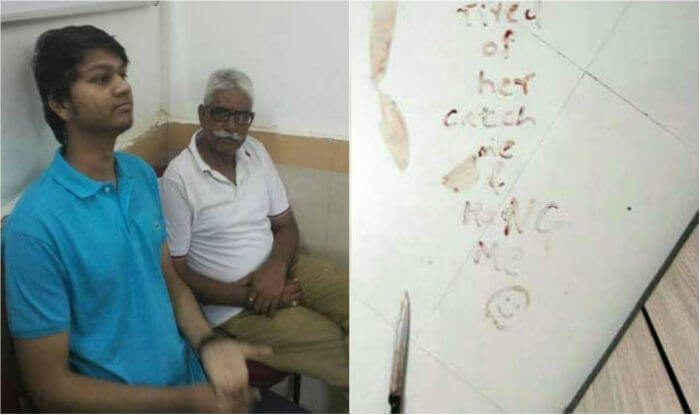 “Tired of her, catch me and hang me and at the end of the sentence there was a smiley face.”

“Tired of her, catch me and hang me and at the end of the sentence there was a smily face”.

Deepali Ganore who is the wife of the police officer Gyaneshwar Ganore. When Ganore turned to his Prabhat Colony house from work early today, he found the door locked from outside and keys kept on the shoe rack. When he opened the door, He said that, saw her wife lying in blood when he returned from work around 3.30 am on Wednesday. And he saw a knife and a message next to her. He called the police control room quickly. She was taken to a nearby hospital wherever doctors declared her dead.

Now their son Siddhant had been missing after the last night of the incident. And the police said that there appears to be the prime suspect in the case. His mobile phone also recovered from the house. The women were supposedly first murdered by her son who cut her throat. And her son used that blood of her mother to write a message on the floor of the room. As the note above.

The woman’s body has kept in a hospital for post-mortem. The Vakola police have recorded a murder case and are investigated the matter from all possible angles. The police say that on getting out that Siddhant had allegedly fled to Jaipur, they quickly sent a team of three cops to catch him.

“When our team reached Jaipur, we found that he had then left for Jodhpur. We received his photo with the Jodhpur police who detained him there. He now brought back to Mumbai,” said police officer Rashmi Karandikar.

Sachin – A Billion Dreams Review | Celebrities Tweet about the movie