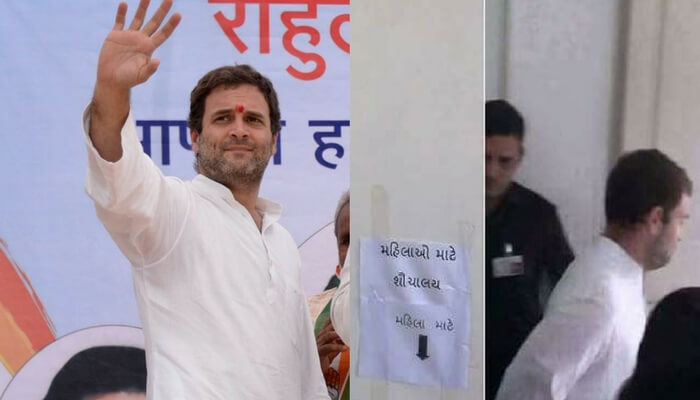 Congress Vice-President Rahul Gandhi who was attending an event at Chhota Udepur district in Gujarat accidentally enters ladies toilet as he was unable to read Gujarati. His campaign was free of his infamous errors and had a faux pas moment until today when he accidentally entered a ladies’ toilet.

Rahul was in the Gujarat district for his ‘Samvad’ event to communicate with young people. After the event, while on his way out of the town hall, he stepped into the ladies toilet. Accidentally, there was no indication differentiating it from the one meant for men. However, there was a poster in Gujarati that read “Mahilao Mate Shauchalya”. 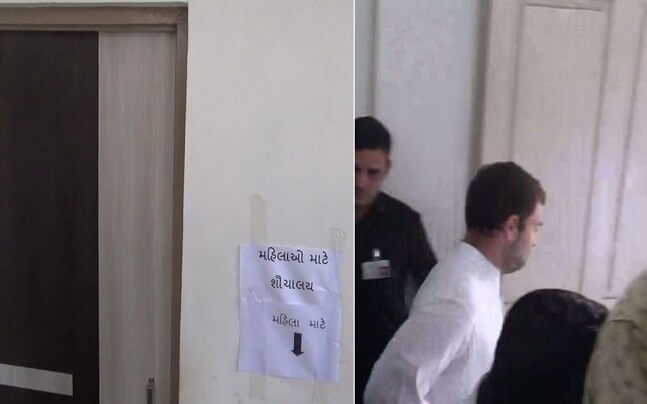 Sources said that Rahul walks into a ladies toilet as he could not read Gujarati. Following the incident, the SPG that accompanied Rahul dispersed the media persons who had assembled outside the toilet on hearing about the gaffe. They were hurriedly moved out of the place to avoid any further embarrassment.

Locals at the venue said that immediately after Rahul came out of the toilet people burst into laughter. The entire scene was videotaped by media persons present there.