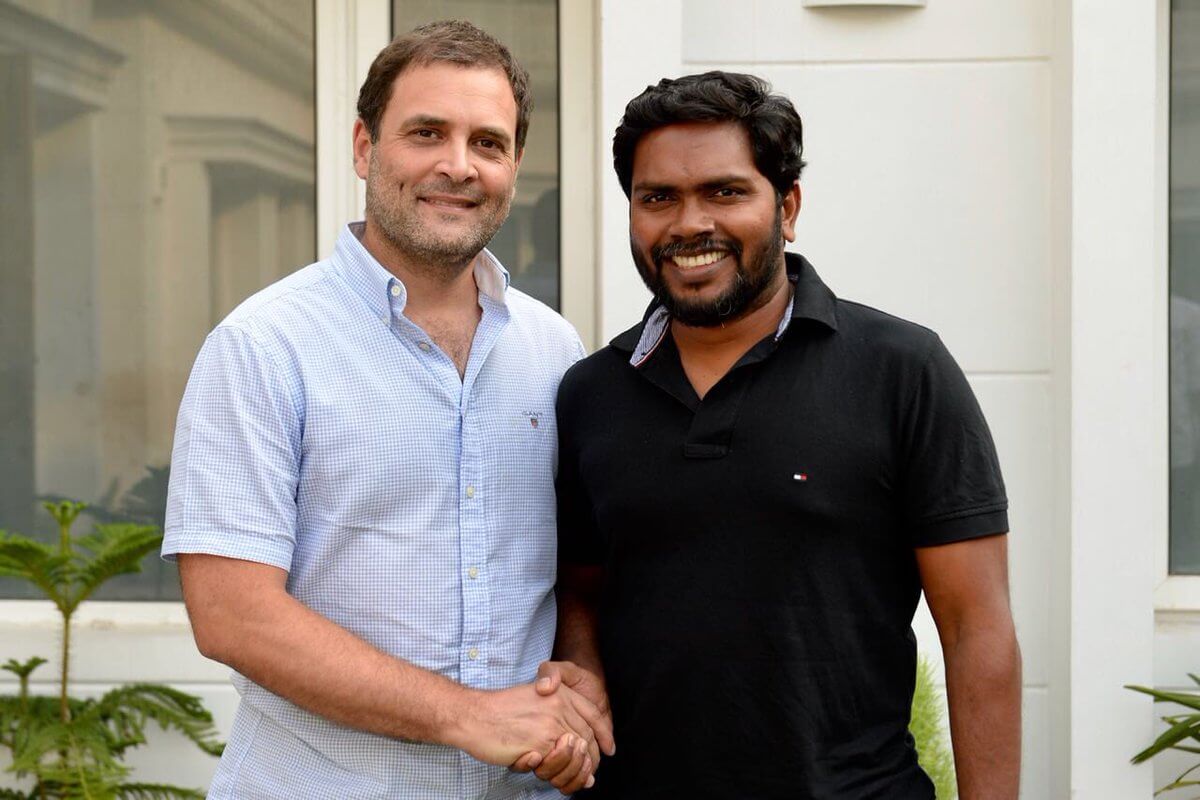 On July 10, President of Indian National Congress, Rahul Gandhi met director Pa. Ranjith who directed films like Attakathi, Madras, Kabali, and Kaala. Rahul Gandhi took to Twitter to share the news and said he enjoyed discussing “politics, film and society” with the acclaimed filmmaker. He also met the actor Kalaiyarasan who acted in Ranjith’s Kabali and Madras.

I met film director P A Ranjith the man behind blockbuster films like Madras, Kabali and Kaala and actor Kalaiyarasan, in Delhi yesterday. We talked about politics, films and society. I enjoyed the interaction and look forward to continuing our dialogue. pic.twitter.com/KJOmfICkyJ

Official Video of Ranbir Kapoor’s Transformation into Munnabhai is out! Watch it Here

Adhiroobaney – First Single Track from Saamy² is Out Now! Watch it Here