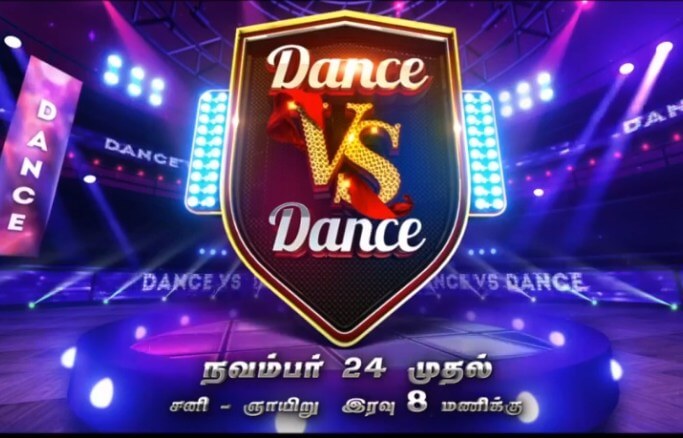 Colors Tamil is all set to bring a new dancing reality show ‘Dance Vs Dance‘. Comes with a unique dance face-off format, the show got hundreds of candidates to give auditions and out of which over 70 contestants have been shortlisted by the judges. Dance Vs Dance will be starting from 24th November 2018 on Colors Tamil. The show will air every Saturday and Sunday at 8 pm. This dancing talent hunt show will be judged by actor Nakul, choreographer Brinda Master and Oviya. The show will be hosted by Keerthi Shantanu (KiKi) and Mirchi Vijay.

Nakul is an Indian movie actor, who predominantly works in Tamil film industry. He made his acting debut in Shankar’s Boys. He was critically acclaimed in the movie Kadhalil Vizhunthen. He also worked as a playback singer in films, notably recording for Harris Jayaraj in his albums for Anniyan, Ghajini and Vettaiyaadu Vilaiyaadu. Check out full bio here Nakul.

Keerthi Shanthanu fondly called “KiKi” is one of the popular and leading anchors in Tamil Television industry. Her Mother Jayanthi is a well-known choreographer in the Tamil film industry along with her sisters, Kala Master, and Brindha Master. Check out full bio here Keerthi Shantanu (KiKi).