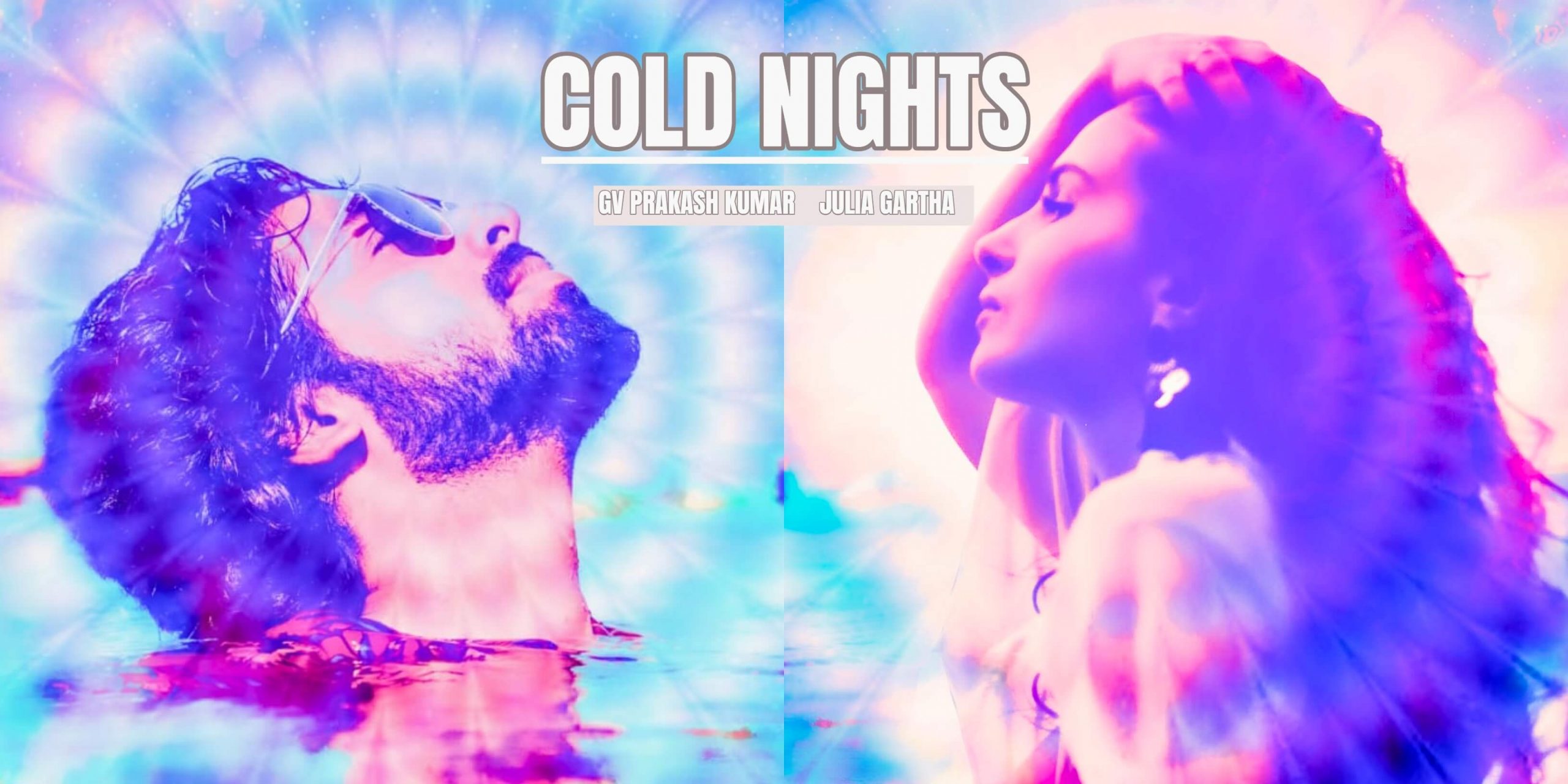 Here is the lyrical video of High and Dry song composed and sung by GV Prakash and Julia Gartha. Watch the first track High and Dry from Cold Nights album,

Julia Gartha is a pop singer and lyricist from Ontario, Canada. The 24 year-old Berklee graduate was worked with Oscar and Grammy-winning composer AR Rahman. To be noted, GV Prakash is a nephew of AR Rahman.

The Cold Nights album poster was designed by Gopi Prasanna who delivered some stunning works in the Kollywood industry.