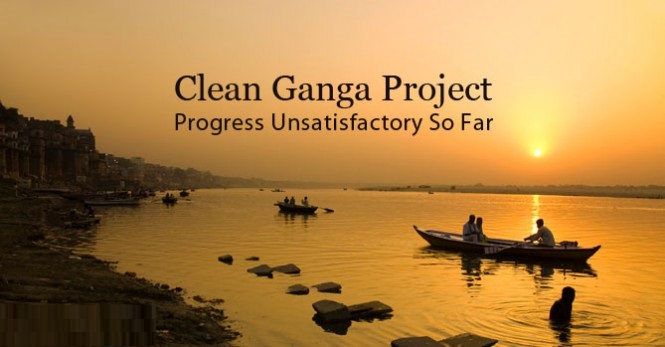 After facing the National Green Tribunal’s wrath earlier on this month for failing to clean the holy Ganga, the minister for water resources Uma Bharti has announced that a committee of secretaries will be set up to facilitate the process.

A Delhi-based lawyer, MC Mehta was not impressed. The long-winded saga of the Ganga’s clean-up process has had as many turns as the river itself, with MC Mehta witnessing them all. He had also filed a public interest litigation (PIL) with the Supreme Court in 1985 for cleaning the river. A few months later, then the prime minister Rajiv Gandhi had launched the first Ganga Action Plan.

Two action plans had been completed, and hundreds of crores of rupees spent since then, but the river has been remained heavily polluted. “Not even a single drop of the water from Ganga has been cleaned so far,” the green tribunal noted at a hearing held in January.

Mehta says that the only things that changed under the Narendra Modi government were ministries, names, and the budgets. Cleaning the Ganga was one of the cornerstones of Modi’s campaign in the 2014 elections when he had fought and won from Varanasi, one of the holiest sites located on the banks of the river Ganga. 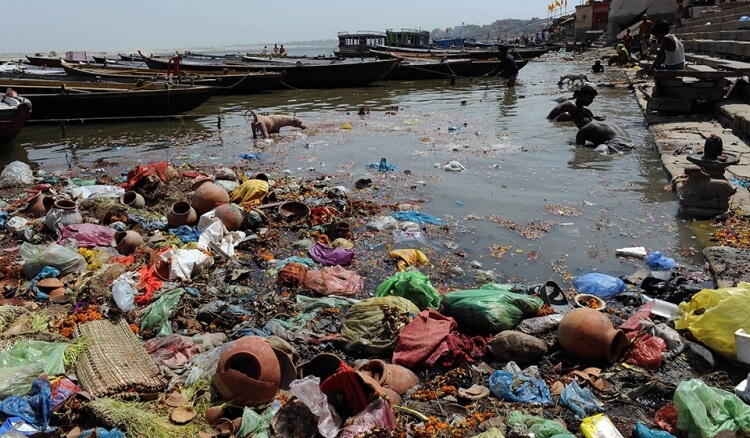 The call to revive a river that was sacred to the Hindus and a lifeline for almost 40 percent of the country’s population has helped him propel to power.

His administration has also made a promising start. In his first year, Mr.Modi had launched the Namami Gange program with a huge budget of 20,000 crores for a five-years period that ends in 2020. It was at least 20 times more than that of what had been spent on the Ganga rejuvenation projects ever since 1985.

However, as his government nears a three-year mark, it was becoming increasingly clear that the lack of funds was never the problem. An RTI reply from the PMO last year has revealed that about 20 percent of the Rs 3,700 crore funds was allocated in the first two years of the program which was not utilized.

The committee formed by the Bharti was a part of the latest in a series of steps taken at the intermediate level to reinvigorate the program.

An empowered task force was also set up in 2016. The newest committee had been formed under the aegis of this task force.

For a mechanism as elaborate as this, the government seems woefully unprepared even to diagnose the problem leaving alone to implement the solutions. “The people implementing the scheme know nothing. They don’t even know how many polluting industries were there, what was the length of the polluted stretches, or the number of villages that were dependent on the river,” said Mehta.

According to the documents submitted to the court by the Centre, the number of grossly polluting industries (GPIs) which wee affecting the Ganga was 764 as of 1985. In 2017, the government officials were still listing the number of GPIs as 764. 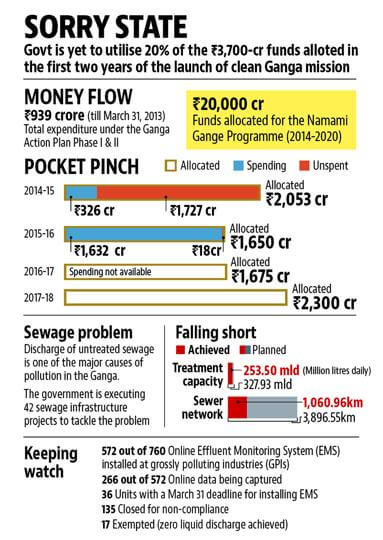 “Government data was often ill-founded, and it has hardly reflected the ground realities,” a green tribunal panel observed when an expert group presented its findings in December 2016. The group, comprising of IIT professors, cited the multiplicity of authorities as a major stumbling block for the program.

RM Bhardwaj, a senior scientist at the Central Pollution Control Board (CPCB), blamed the lack of consistent information about the river’s condition on the ministry’s over-reliance on state governments for the data. “Now, these things were emerging only during the judicial process,” he said.

CPCB was the agency charged with monitoring the water quality. The Ganga basin, the largest river basin in the country, serves for Delhi, Uttarakhand, Uttar Pradesh, Bihar, and parts of Punjab, Haryana, Rajasthan, Himachal Pradesh, Madhya Pradesh and West Bengal.

The lack of coordination among the Centre and the state governments have also been blamed for the poor implementation of Modi’s pet project. “Our regulatory system is not healthy,” said Bharadwaj. “The industry was not honest, and there was no culture of owning up to one’s mistakes. If we can take care of the major industries, it would be a significant achievement.”

Earlier this year, the Supreme Court had also entrusted the green tribunal with hearing the petition for cleaning the Ganga. The apex court directed the tribunal to submit progress reports on the case every six months.

The tribunal held a hearing this week. The National Green Tribunal ordered a CBI inquiry into the setting up of sewage treatment plants and network in the Garhmukteshwar area in Uttar Pradesh as part of the clean Gaprogramamme.

Swatanter Kumar, Justice and who heads the bench, lashed out at the officials as quoted “People like you sit on your chairs and waste public money, Ganga was what it was because of people like you.”

However, Mehta, who was also present at the hearing, said that it does not matter which arm of the judiciary handles the petition. When it has pointed out that the green tribunal would pronounce its verdict on the PIL this month, he just questioned whether the courts could keep passing orders, but who was implementing them?”

The Modi’s government had promised the country in providing a clean Ganga by 2020. The water resources minister has set an even more ambitious deadline on 2018. Within a year to go, the country should be pardoned if it does not hold its breath.