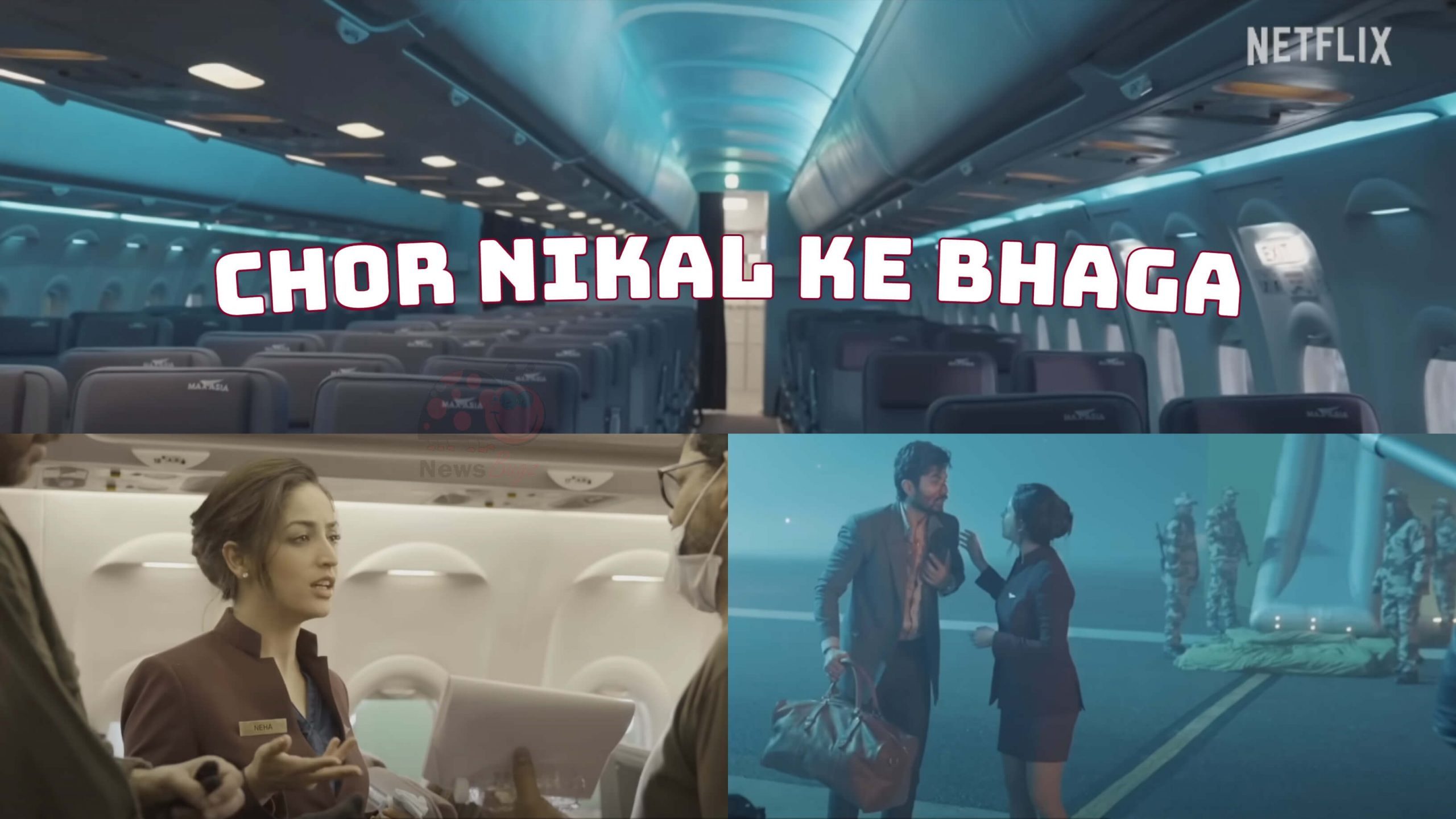 Chor Nika Ke Bhaga is a suspense thriller flick directed by Ajay Singh. The film features Yami Gautam and Sunny Kaushal in the lead roles. The film was bankrolled by Dinesh Vijan and Amar Kaushik under the Maddock film banner. The announcement was made during Netflix‘s film day event in Mumbai. The filmmakers have released BTS (Behind the Scenes) and a teaser video, giving a glimpse of the lead actors and plot of the film. The release date is will be announced soon.

Chor Nikal Ke Bhaga is the fifth OTT film of Yami Gautam after Ginny and Sunny, Bhoot Police, A Thursday, and Dasvi. The film also stars Indraneil Sengupta and Sharad Kelkar in a crucial role. The film is about people involved in the heist who boarded the plane which got hijacked by terrorists. The series of events that goes wrong following the hijack is the main plot of the story.

Here are the complete details of the Chor Nikal Ke Bhaga (2022) Hindi movie,