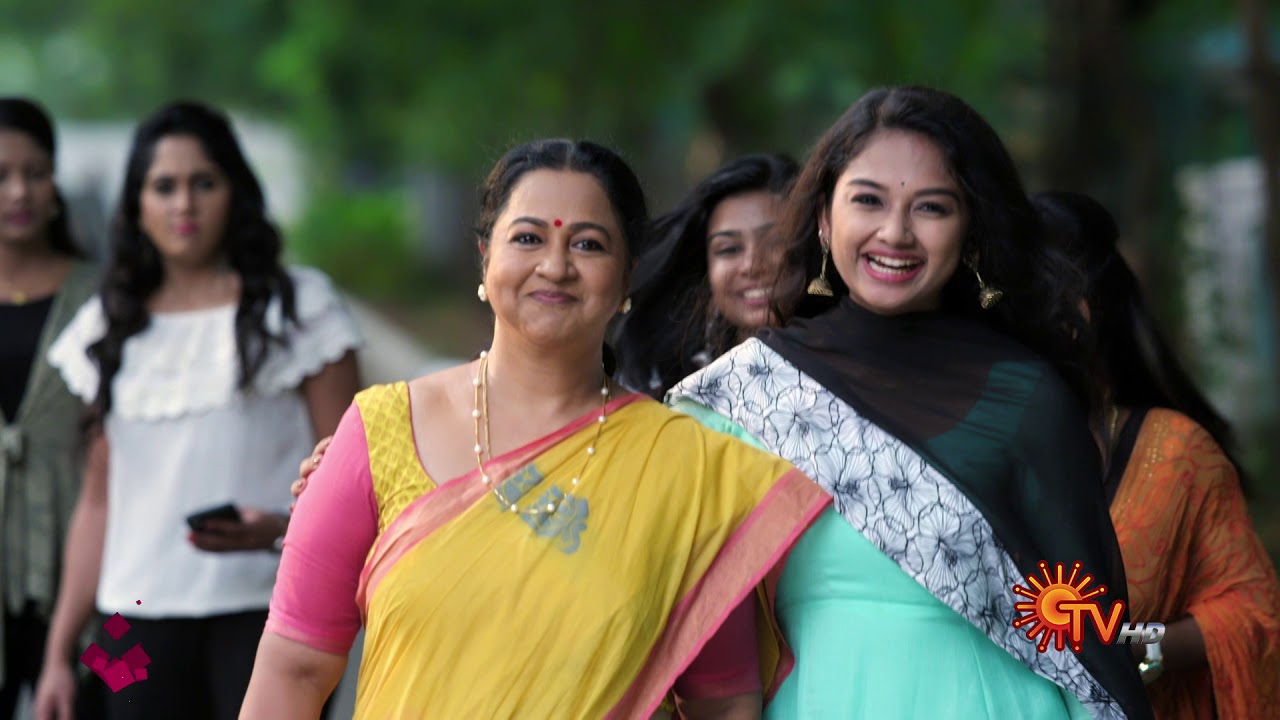 Chithi 2 is one of the much-awaited television series starring Radhika in the lead role. The serial started premiering from yesterday 27 January 2020 (Monday). Chithi 2 was aired on Sun TV and the timing of the serial was 9:00 PM to 10:00 PM. You can also watch Chithi 2 Serial Daily Episodes online on Sun Nxt app.

Chithi 2 serial starts with Radhika Sarathkumar (Sarada) who serves as a school teacher in this series. Her elder sister was in love with a stranger and ran away leaving her childrens and husband Ponvannan (Shanmugam). Later, she was seen sacrificing her life for the mistakes done by her sister. Venba (Preethi Sharma) is another female lead of the series who is part of Sarada’s family. After some years, the family members have come back to the village for an “Ear Piercing Ceremony” for the grand-daughter named “Ammu”.

One of the cousins in the family has tried to spoil this event. He steals the gold Jewell from Venba. But Ammu has seen the incident and he scares the kid by saying about the Ear Piercing. The small girl scared and gets hid behind the box. Accidentally Ammu fells inside the box when she drops her mobile into that. The family members get panicked and started searching for the kid. Later, Sarada finds Ammu with the help of the phone. Stay tuned for tomorrow’s episode.