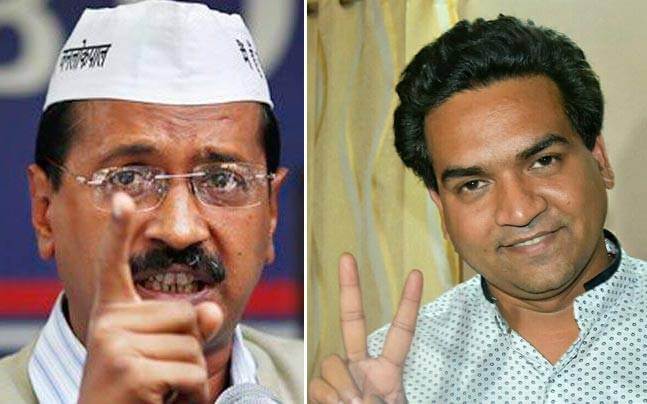 Delhi’s Water Minister Kapil Mishra sacked as water minister from the Aam Adami Party (AAP) by the party leader and Delhi Chief Minister Arvind Kejriwal. Kapil Mishra, a 36-year old former water minister, made a shocking announcement today saying that he saw Mr. Arvind Kejriwal receiving two crores in cash from the Delhi Health Minister Satyendar Jain. He said that he would submit those proofs of Chief Minister Arvind Kejriwal getting money from Health Minister Satyendar Jain today and he also said that, he would submit all the evidence he has to the Anti-corruption branch. But Aam Adami Party(AAP) refused this shocking revelation made by water minister Kapil Mishra and strongly defended Mr. Kejriwal. 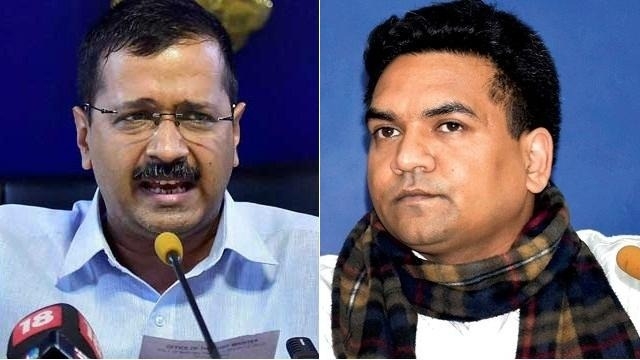 Kapil Mishra said that he met Anil Baijal Lieutenant Governor today and he will send Anti-corruption branch of police for investigation about the allegation. Aam Adami Party came to power in Delhi two years ago on an Anti-corruption deal saying that the party is totally against corruption. After this announcement by Kapil Mishra, BJP said that police action should be taken against Kejriwal, and Congress called for CBI action. Aam Admin Party(AAP) strongly defended Arvind Kejriwal and said that the allegation made by Kapil Mishra is ‘ridiculous.’

Arvind Kejriwal has not reacted to this allegation made by Kapil Mishra that he received two crores from Health Minister Satyendar Jain. The last tweet from his tweeter account was about congratulating Emmanuel Macron after he is becoming French President.

The former water minister Kapil Mishra visited Mahatma Gandhi’s memorial Rajghat before making the shocking announcement about Chief Minister Arvind Kejriwal. Kapil Mishra said that Mr. Kejriwal is my heart and i have worshiped him all these years and i can’t believe my eyes that Kejriwal received two crores from Satyendar Jain. He also added that Aam Adami Party(AAP) is my party and i will not quit the party.

BJP spokesperson GVL Narasimha Rao said that Arvind Kejriwal is the most corrupt politician in the history, but Mr. Kejriwal came to power in Delhi two years ago promising honest government to the people. While youth Congress workers made protests outside Arvind Kejriwal’s residence. Congress senior party leader said that CBI should be called to take action against the allegation and also added that Kapil Mishra’s allegation is very serious and action should be taken against Mr. Kejriwal pointing out that around six ministers of Aam Adami Party (AAP) are facing corruption charges in Delhi.