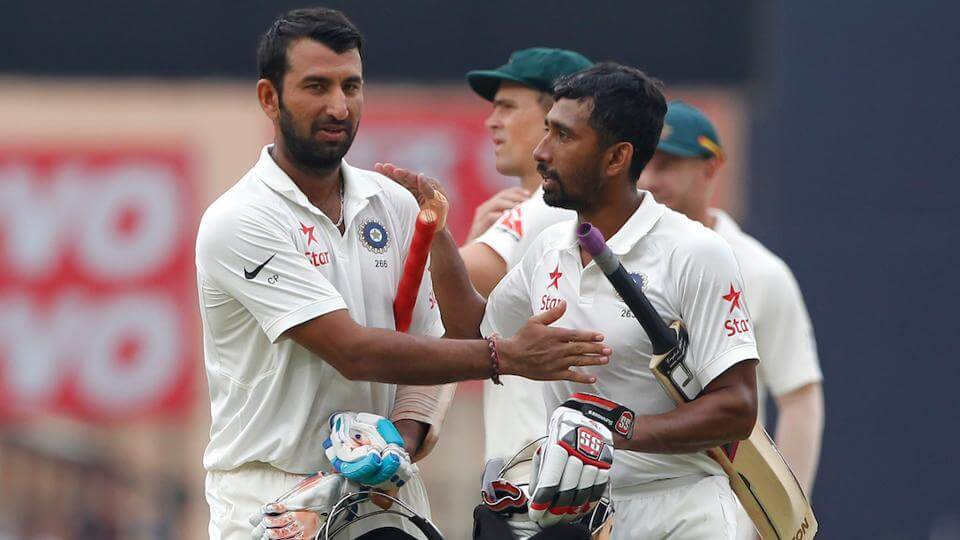 Cheteshwar Pujara has one more Test to play in the ongoing Australia series before the top-order stalwart slips out of India’s sporting consciousness as the nation shifts its focus to the bedlam of white-ball cricket. Considered a ‘Test specialist,’ a euphemism for a limited-overs misfit, Pujara failed to land an Indian Premier League (IPL) contract and would be twiddling his thumbs when the star-studded Twenty20 tournament kicks off the next month.

The 29-year-old was not in the 50-over mix either, having played the last of his five one-day internationals nearly three years ago, so would only be an interested observer in India’s Champions Trophy campaign in England and Wales in June. But as the India’s marathon 13-Test home season draws to a close after the fourth and deciding match against Australia in Dharamsala later this week, team captain Virat Kohli gave a ringing endorsement of Pujara’s worth in the longest format.

Kohli has said after the drawn third test at the Jharkhand State Cricket Association Stadium (JSCA) on Monday as quoted “Sometimes I feel really bad for him that people don’t understand his importance in this team so much.” He further added that it is to know what a valuable player he is for us and he is the most composed player we have on the team. Someone like this is priceless to have in the cricket team.”

At number three, Pujara lends much-needed stability to an Indian lineup replete with the stroke-makers, and he played his role to perfection to anchor India’s batting in Ranchi. Pujara has batted more than 11 hours, forging a 199-run partnership with Wriddhiman Saha in the process. It is to put India into a position where they could target a win which was only denied them by an equally determined Australian unit.

Kohli added that with his watertight defence and an extraordinary ability to play for extended innings, Pujara wore down the visiting bowlers to register his third double century in the test cricket and further said this season he has been outstanding. He has contributed throughout, and he is not being spoken about or being in focus too much, but i think he deserves much more than that, Kohli added.

“Pujara has been outstanding with the bat, and I hope he can continue until the last test match.” The home season also saw the coming of age of Saha, who has firmly established himself as the India’s first-choice wicketkeeper. The 32-year-old Bengal player requires the muscle and charisma of Mahendra Singh Dhoni, whom he replaced behind stumps in the tests, but he more than makes up for the deficiencies with his stomach for a fight.

Saha has brought up his third Test century in Ranchi, an innings of tremendous grit and character, to go with a sound performance behind the stumps in a keenly contested series that heads to the foot of the Himalayas tied at 1-1. “He bats wherever we ask him. Saha has no difficulties in batting after or before Ashwin Ravichandran,” Kohli said. “He never says ‘no’. You feel glad for a guy like him. He is willing to do anything for the team and put his best foot forward.”

Chief Minister Aditya Nath In Delhi, Likely To Discuss The UP Portfolio Distribution With Modi