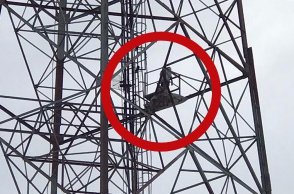 Chennai Youth Protest: A youth was climbed up a mobile tower in MRC Nagar and has been threatening to kill self since 2:30 am on Thursday. Police and fire tenders rushed to the spot and had been convincing the boy to climb down since 7:00 am.

He has uploaded a video on his social media page, stating that he is staging this protest to take everyone’s attention to NEET Effect (Anitha’s Suicide), TamilNadu farmers Protest (Pension, Pending dues and Loan waiver), late TN CM Jayalalithaa (Was Jayalalithaa killed?) and for Tirunelveli Self-Immolation Case (Isakkimuthu from Tirunelveli who passed away along with his family due to over Harassment by Money Lender). 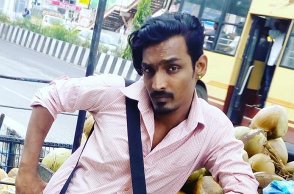 He also said that DMK working president MK Stalin and veteran actor Kamal Haasan should take part in his protest.

Samsung gifts Note 8 for all the Passengers in this Plane