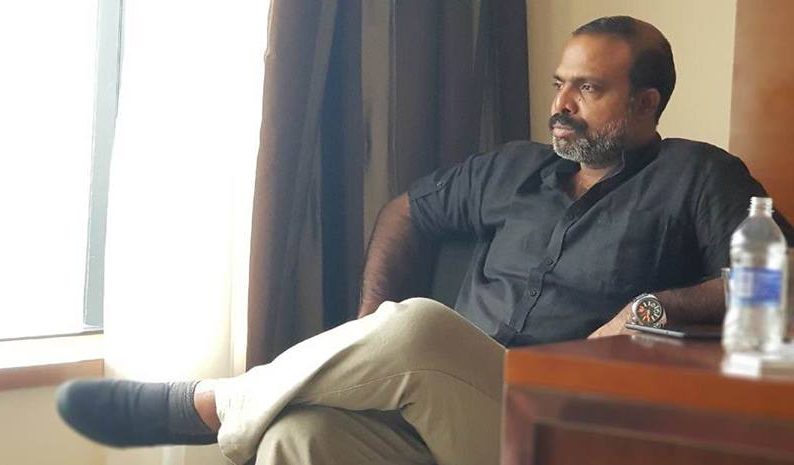 Chemban Vinod Jose is an Indian film actor and Screen Writer, who predominantly appears in Malayalam film industry. He made his debut movie in Malayalam titled Nayakan, which is a crime movie in the year 2010. Moreover, he is well known for his performance in the movie Amen in the year 2013. Now he is working in the movies like Ee.Ma.Yau and Goli Soda 2.

On 28 April 2020, Chemban Vinod tied the knot with Mariam Thomas in a simple ceremony. She is a psychologist by profession. The actor himself shared the news on his Facebook page. This is Chemban Vinod’s second marriage. He had divorced his first wife Sunitha. The actor has a son in his first marriage.

Chemban Vinod Jose was born on 24th May 1976, in Angamaly, Municipality Kerala, India. Chemban Vinod Jose family is now residing in Bangalore, India, his father name is Maliyekkal Chemban Jose and his mother name is Annise. He did his schooling in Rajiv Gandhi University of Health Sciences, University Bengaluru, Karnataka and he did his graduation in St.Paul’s College, Kalamassery, Kochi, Kerala. Then in the year 1991, he moved to Banglore for pursuing his studies and he has two siblings Deepa and Ullas. His younger brother Ullas Jose Chemban debuted in the movie Angamaly Diaries and this movie is scripted by Vinod.

Chemban Vinod Jose wife name is Sunitha, who is a physiotherapist and she is working in New York City and this couple have a son named John Chris Chemban. He started his acting career in the year 2010, form the movie Nayakan. Then he subsequently appeared in various movies like Amen, Tamaar Padaar, Sapthamashree Thaskaraha and more. Then he made his debut Tamil movie Vaayai Moodi Pesavum in the year 2014. Then he made his debut in screenwriter for the movie Angamaly Diaries, which is directed by Lijo Jose Pellissery and the movie is produced by Friday Film House.

Take a look of some latest images of actor Chemban,