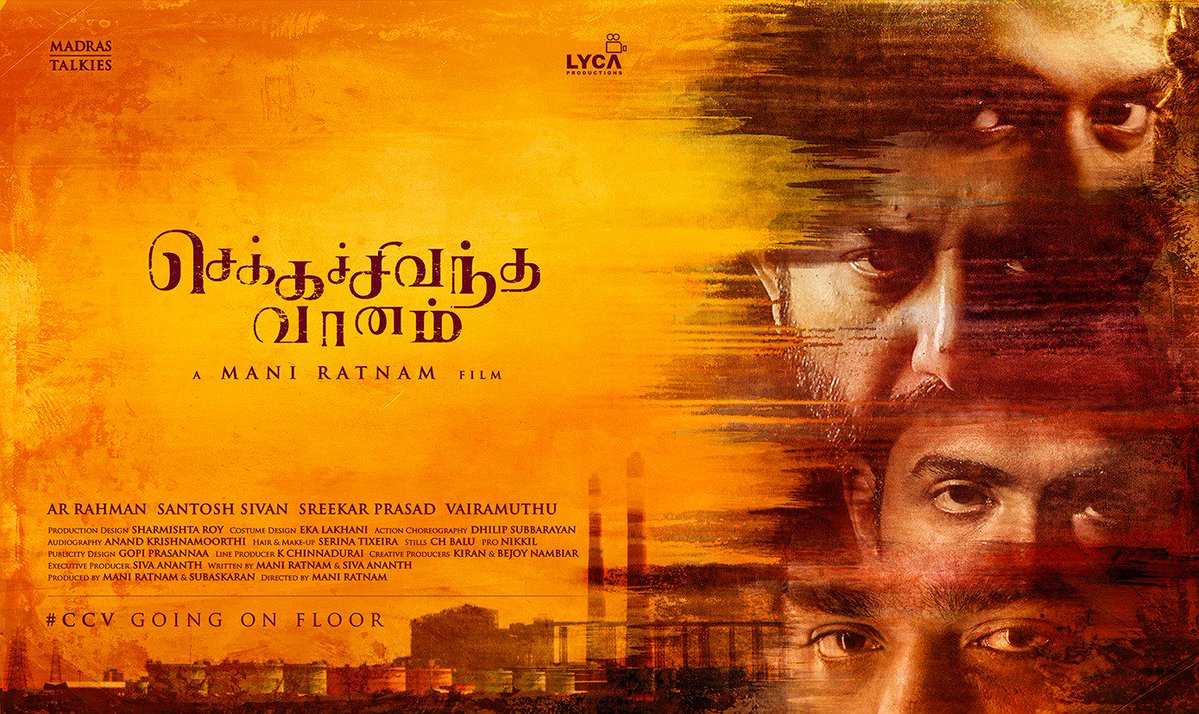 Music Director A. R. Rahman has composed the songs and background music for this film. The dubbed Telugu version of Chekka Chivantha Vaanam is titled as “Nawab,” and the movie is slated to release on September 28, 2018. Check out below Chekka Chivantha Vaanam Tamil Movie (2018), Cast, Songs, Teaser, Trailer, Release Date, Review & more. The 4th single Kalla Kalavaani has been released officially on the YouTube channel of Sony Music.

Director Maniratnam modifies his narrative style and the screenplay is at top notch. AR Rahman’s BGM is the main pillar for this multi-star cast. All the characters are portrayed with a neat and meaty role for them. There is a Back to Back goosebump scenes throughout the Movie. All lead characters have got equal importance. Vijay Sethupathi’s humor works very well. Great comeback for STR.