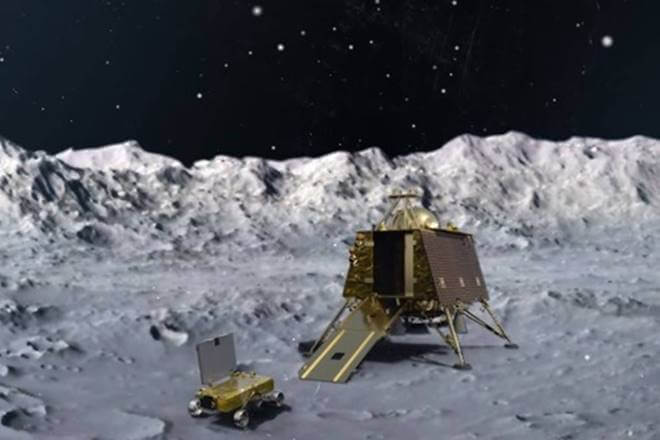 Chandrayaan 2 is India’s historic mission to explore the darkest south side of Moon. This mission was designed and established by the Indian Space Research Organisation (ISRO). In 22 July 2019, Chandrayaan 2 began it’s a journey towards the moon. It consists of three main parts Orbiter, Vikram Lander and Pragyaan.

The Orbiter was set to revolve the moon, Vikram lander is designed to land on Moon from orbiter from which the Pragyaan, a six-wheeled rover was built to analyse the surface of moon. Pragyaan helps to research the presence of water on Moon for 14 days and send its data to Vikram lander which sends its revived data collected from Pragyaan to Orbiter. Finally, Orbiter will send it to ISRO.

Why is ISRO sending Chandrayaan 2?

The scientists from ISRO believe that the south pole of the moon has water. So they decided to send Chandrayaan 2 satellite to enhance future research regarding the life of humans on moon. To be noticed, ISRO’s Chandrayaan 1 has already witnessed the presence of water on the surface of moon.

Mission Chandrayaan 2 failed a few miles away from its soft landing due to signal loss from Vikram lander while landing at a distance of 2.1 km from the moon. However, scientists are trying to recover it with the help of lunar Orbiter by minimizing its orbital distance from 100 km to 50 km. On 8 September 2019, Orbiter successfully spotted the location of Vikram using thermal imaging technology. ISRO confirms that the lander has safely landed on moon in a slightly crossed position without any damage.

Why Chandrayaan 2 is Special?

Get a Better Examination Result with a CompTIA Security+ Practice Test

How to Find and Chat with Snapchat Girls Online