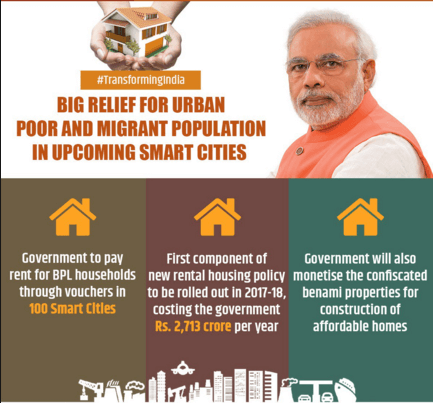 The Narendra Modi-led government is planning to share the burden of poor people from paying house rent. The central government is all set to introduce a Rs.2700 crore welfare scheme to give rent bills of the urban poor in 100 smart cities.

The new rental housing policy to be launched by the government is aimed at the families who are below the poverty line. The government is working to execute this policy for the past three years, and the first compensation will come from working in the financial year 2017-18 in the smart cities.

Implementation of the rental housing scheme in smart cities will make the government bear an extra cost of Rs.2,713 crore every year. The project would involve the distribution of rent vouchers by urban local bodies, is aimed directly at the urban poor and at helping the migrant population. 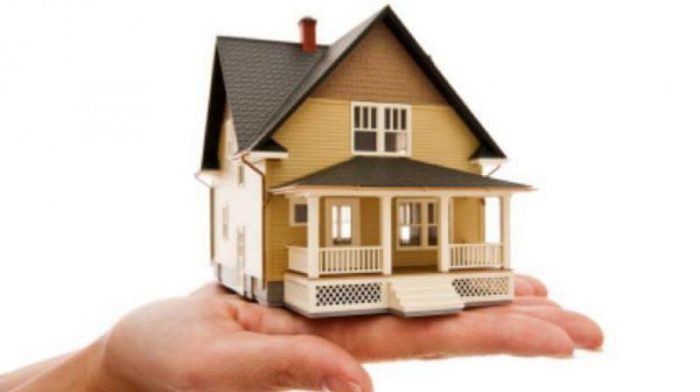 To share the burden of poor people from paying house rent, the Central Government launches new rental voucher scheme. The tenants have to give the voucher to the landlord and if any additional rent, then it has to bear by the tenant.

The tenants will give the government provided rent vouchers to the landlord, and the owner can redeem the voucher at any citizen service bureau. The tenant has to pay the additional rent in cash to the landowner if the rent is higher than the rent voucher value.

The urban local bodies will determine the value of the rent voucher by size and class of the dwelling unit and the rent prevalent in the city. The government will make sure the benefits are transferred directly to urban poor in this voucher scheme.

According to 2011 Census, about 27.5% of urban residents lived in rented houses in 2011. However, National Sample Survey (NSS) has found that around the 35% of urban households lived in rental houses in 2009. Housing and urban poverty alleviation ministry’s senior official has said that the rental voucher scheme is being a complement scheme to the Prime Minister Housing for All scheme.

In this project, the properties seized under the Benami Properties Act will also take into consideration for the housing option. Properties hold by a person on behalf of the real landlord for any gain is called benami. Any property transacted in a fictitious name or in which the landowner claims no knowledge on such transfer is also a benami deal, and it will also be covered under this law.

The senior official has also said, “The recent implementation of the Benami Properties Act and rules open up another choice for rental housing. The enabling provision would be inserted in the rules that houses confiscated by the Central government which cannot be auctioned. It could be let out by the Central government or through the state governments as rental housing for the middle-income group (MIG), LIG and economically weaker section (EWS) depending on the suitability and location of such properties.”

The ministry pushes the rental voucher scheme, and it would be preparing for a Cabinet note to implement the scheme soon. The initiative now comes close to a recommendation of the government by a group of secretaries of urban development, health, and sanitation formed by the Indian Prime Minister Narendra Modi.