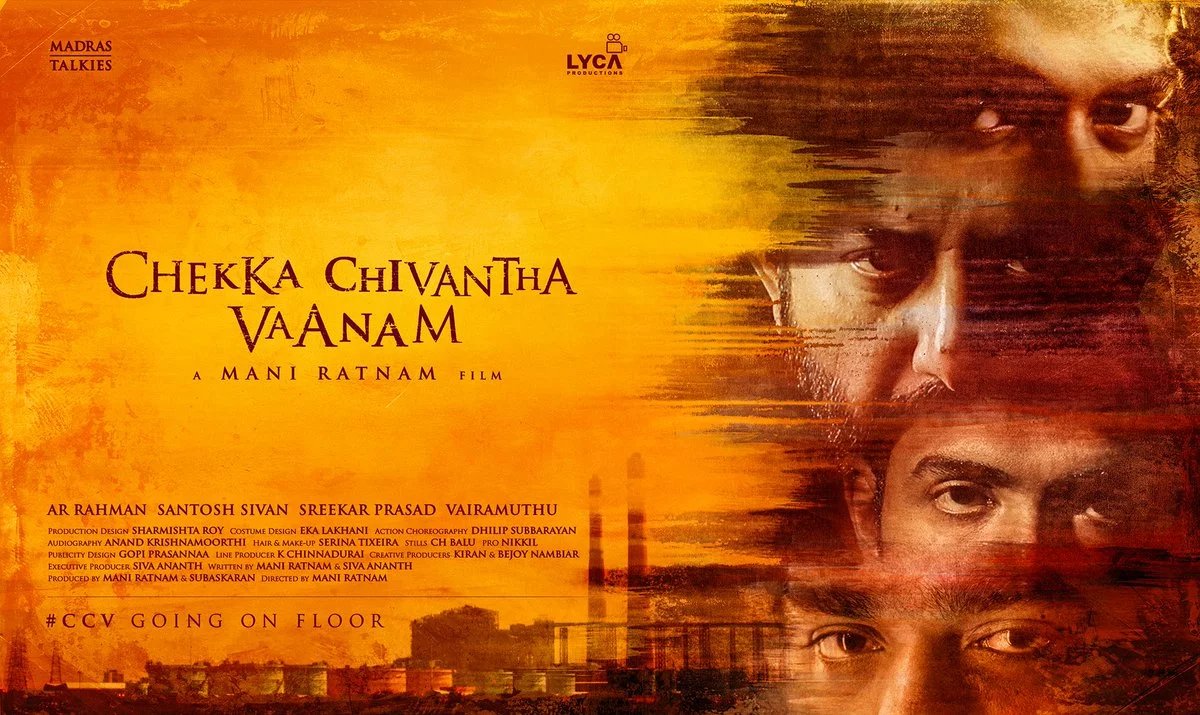 Director Mani Ratnam is back with a bang in Chekka Chivantha Vaanam, an intense crime action drama featuring multi star-cast of Arvind Swami, Silambarasan, Vijay Sethupathi, Arun Vijay, Jyothika, Aishwarya Rajesh, Aditi Rao Hydari, Dayana Erappa and more. The director is moved out of his usual style by giving up his trademark songs, romance, and sentiments. The movie is poured with positive reviews all around the world. Here are some responses from top celebrities on Chekka Chivantha Vaanam movie:

Mani sir& his brilliant ensemble cast set the screens on fire with a bold new character sketch in cinema for each of the characters. A master craftsman at work& it’s almost like he’s having fun etching out hard hitting content& throwing all rules out the window!
CCV-RUSH(for it)

Str is honest& real, Arun is edgy&flamboyant, VS is fun,local& raw, Jyotika is intense and makes it look so easy, Arvind is powerhouse and is in one of the best fight sequences seen in tamil cinema in a long while and ARR freaks out on the score. CCV is trippy!

A treat for film lovers ! Amazing casting and extraordinary performances from An Uber stylish #STR , a rampaging @thearvindswami , powerful @arunvijayno1 & the always awesome @VijaySethuOffl !! The ladies in the film are equally amazing with Jyothika man stealing the show pic.twitter.com/qnTxobkZpy

#CCV engaging and entertaining throughout. Superb performances. Everyone has scored in their part. Mani Sir keeps us in his grip all the way. pic.twitter.com/WIwZDHSg7G

#ChekkaChivanthaVaanam is a masterstroke by Mani sir. Such conviction in story telling. Beautifully crafted film with outstanding performances by the ensemble cast. Take a bow!

Jus watched d #fdfs at kasi ..! Semma response for #CCV Balanced weightage for everyone …. with a fitting climax. Thalaivan #STR rocked as #Ethi 😀 so did everyone else. #ChekkaChivaanthaVaanam

#CVV is excitingly twisted and makes you play the guessing game till the end 🤫😃!This is a mind blowing ride😍!Stunning in visuals music & execution👏🏻👏🏻!Do yourself a favour and watch off THE KINGMAKER #ManiRathnam ‘s yet another magical work ❤️🙏🏻!