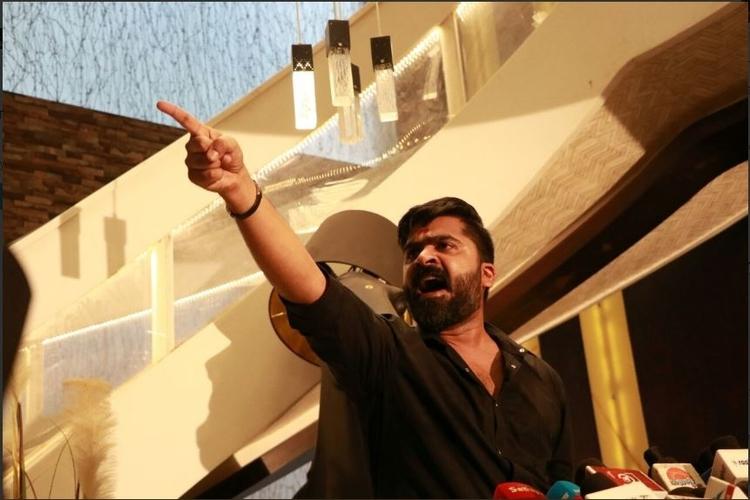 Unite For Humanity: A lot of Karnataka people posted videos of them giving water to Tamils on the social media and made the hashtag #UniteForHumanity trending top on Twitter. People of Karnataka loved the idea of Tamil actor Silambarasan, popularly called as STR/Simbu. Karnataka film industry also supported STR for spreading love and not hatred like the existing political parties.

The sharing of Cauvery River Water has been the point of contention between the two states of Tamil Nadu and Karnataka. Since last week, protests, fasts, and demonstration are being held in the state against the Centre’s failure to set up the Cauvery Water Management Board (CMB).

A famous Kannada actor, Anand Nag praised STR and apparently took a dig at Kamal Haasan and Rajinikanth for following the footpath of the typical politicians. Anand Nag said,

“We expected Rajinikanth and Kamal to be different but they joined the typical Tamil politicians club. It’s shocking to know that Rajini and Kamal don’t have the maturity of young actor STR, who understand that Kannadigas are not against Tamils. I’m not a hater of Tamil community, they are nice and close to us. STR understands that Kannadigas will do whatever way they can in Cauvery issue but politicians in Tamil Nadu don’t want to put an end for their own benefits”.

Now, Tamil Actor STR has sent an audio message in which he said,

“I thank people of Karnataka for proving that there is no issue between Kannadigas and Tamils. Only political parties are trying to create an image that we hate each other but these videos have proven them wrong. Also, only a few media houses covered this news in Tamil and a few politicians have talked about it, this shows they want us to be separated, I thank them for showcasing their real face. Violence is not a solution for any problem, love is all we need. We will unite for humanity and show them our power”.