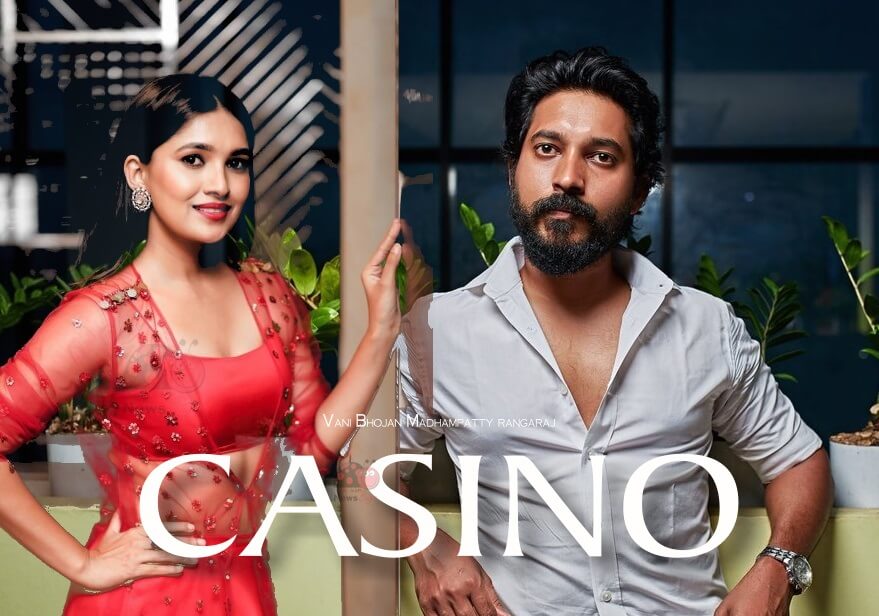 Casino is an upcoming Tamil movie starring Vani Bhojan and Madhampatty Rangaraj of Mehandi Circus fame and John Mahendran in the lead roles. Directed by Mark Joel, the film has Stanley Xavier’s music. Casino movie first look poster was released by Director Vignesh Shivan. The film is slated to be released in December 2022.

Here is the main cast list of Casino movie 2022,

The trailer video of Vani Bhojan’s Casino film will be updated soon.

Here are some pooja stills of Casino film,