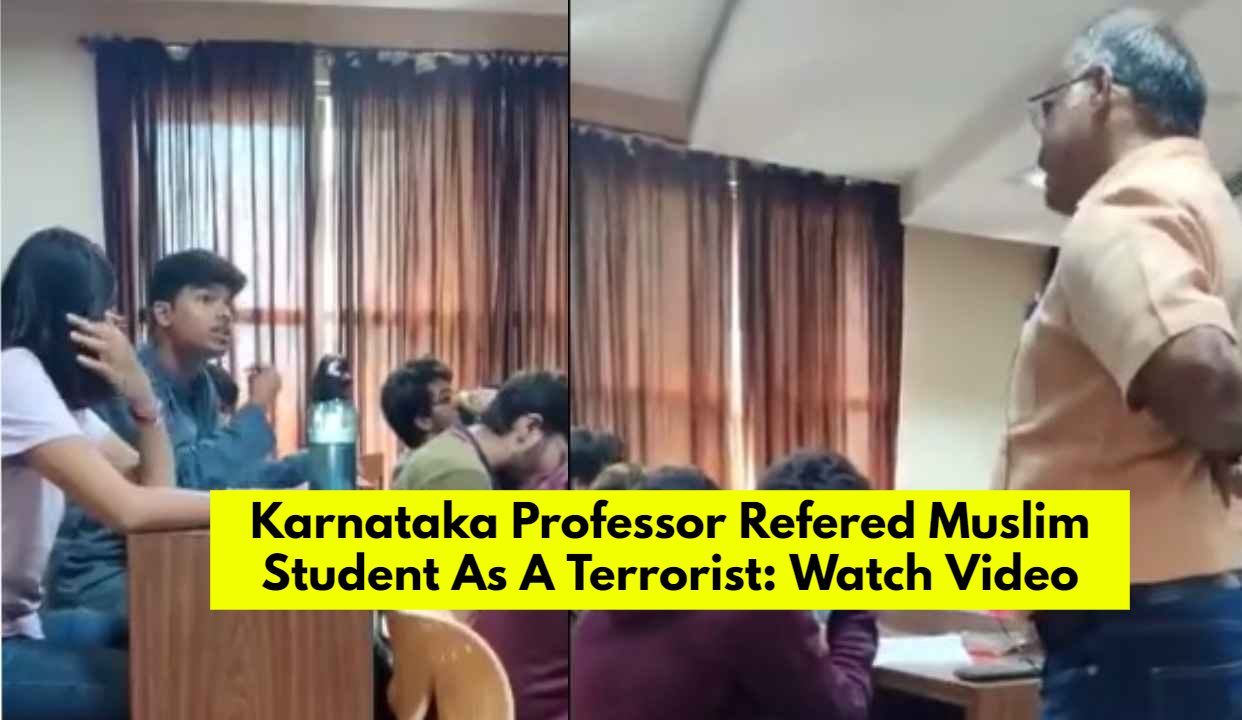 Manipal University teacher allegedly used the word “terrorist” to refer to a Muslim student in a classroom. This video was sparkled and surfacing on the internet today. Based on the source, the Manipal’s first-year student lashed out against the teacher for using a derogatory word to term a Muslim community. In the defense, the teacher mentioned it was a joke and replied you were like my child. The boy was erupted with a strong question, whether the father would call his son a terrorist. This Islamaphobia remark made controversy in the classroom. Minority religions were facing humiliation in our country.

With this several netizens reacted on the social media below,